As mentioned in this  post on the Mallee Routes blog my stay at  the 5 day camp at Tanunda with the Lavender Trail walking friends allowed me to travel across, and photograph in,   the eastern Mt Lofty Ranges, the Murraylands and the Murray Mallee.

The  image below was made on the Randall Rd (B35)  in the Mt Lofty Ranges  near Palmer in the eastern Mt Lofty Ranges.   I was making  my way down the Ranges  to the Murraylands  to  photograph around  the small towns of Cambrai and Sedan,  which  were connected by a railway line in the early 20th century. 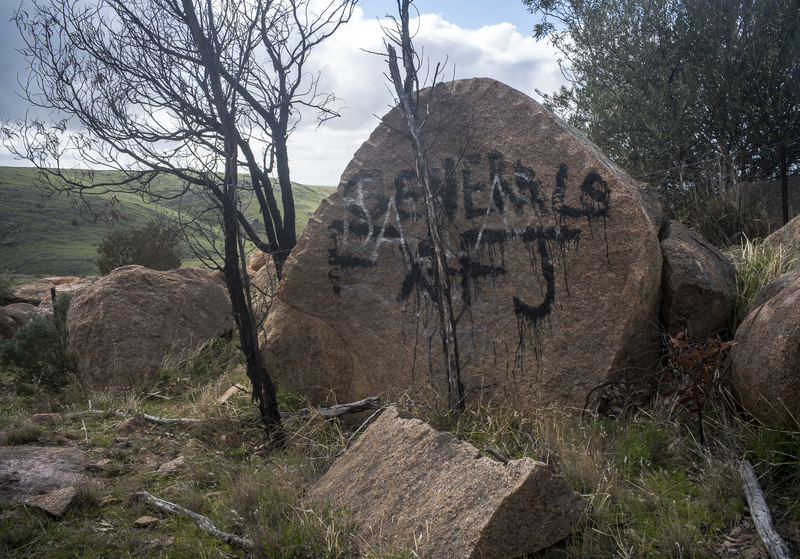 The  drive through the eastern Mt Lofty Ranges  was reconnecting with my past. I had been here before in the 1980s. I do recall jumping the  fences  then.  Even though I had a bit of a wander around I couldn't find the  specific areas that I'd photographed in.  Too much has changed in the 30-35 or so years.

I did find the general  area though,  and I  did recognise the silos at Apamurra in this picture,  whilst  exploring  for the traces of the old Sedan railway line for the forthcoming Mallee Routes exhibition.   The general area  was along  the Angas Valley Road, as it  runs though the Ranges from Mt Pleasant to Walker Flat. 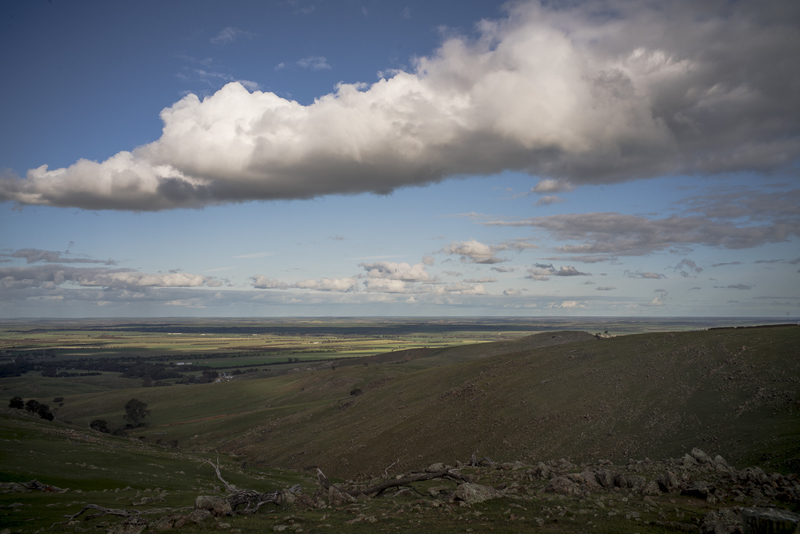 However,  it would take another trip to reconnoiter this part of the eastern Mt Lofty Ranges in order to discover the location of the photos that I'd made in the 1980s.  I am not sure if  there is any point in doing so.