This behind the camera image of   me photographjng a silo at Peake  for the 15 Silos on the Mallee Highway project was made on a day trip along the Mallee Highway with Maleko.  I needed some  black and white mages  of the silos on the Highway for the Weltraum  exhibition at Magpie Springs  in the 2016 Shimmer Photographic Biennale as the  ones  from an  earlier photoshoot hadn't work out that well. 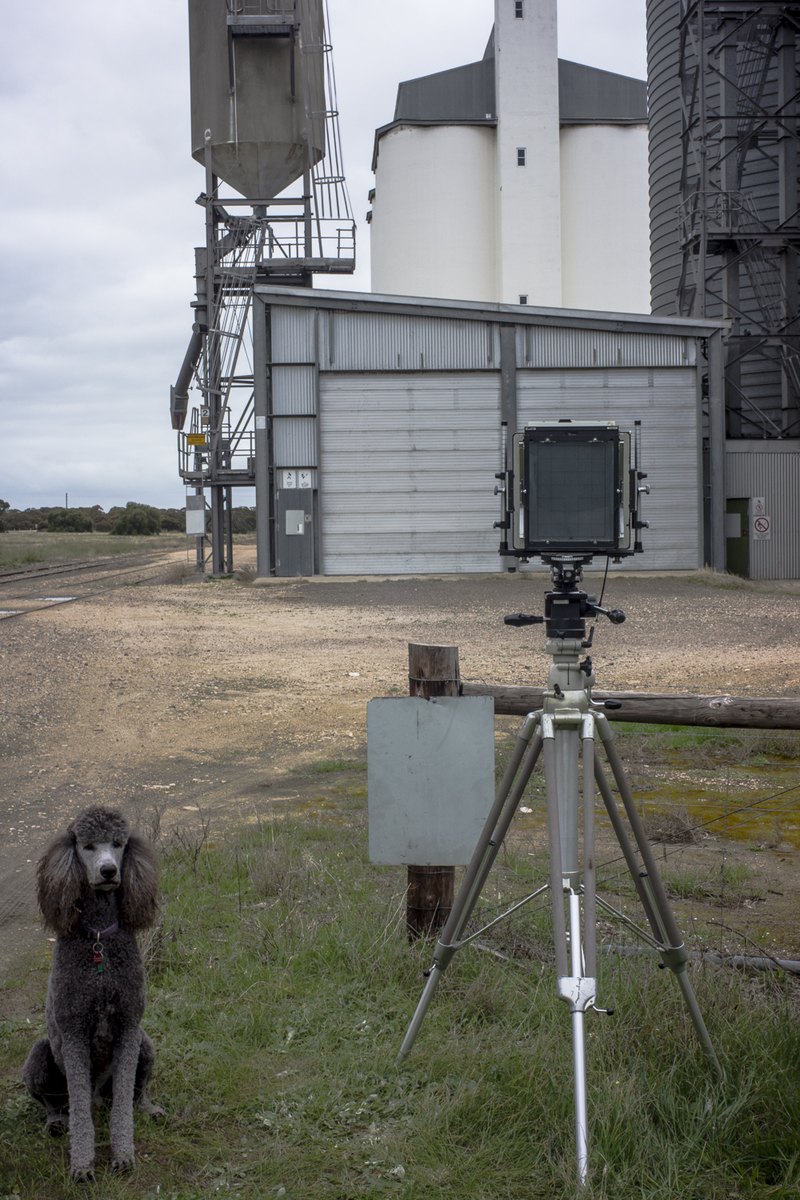 The Biennale opens on Friday,  September 2nd. The  8 x 10 image black and white  image of the silo at Peake was not included. It is an outtake due to the the lens vignetting because raising the front standard  to its limit was too extreme for the lens to cover.  I need to stand further back from the silo when I return.

The general consensus is that film-based, large format photography will endure in the digital age due to its simplicity  i.e.,    relying on minimal technology to render a high-quality image. It is true that there is very little that can go wrong with a view camera from the standpoint of technology failure.

The picture below  is the result of my first steps in the 8x10 Mallee Highway  silo project. This  is a silo at Lamaroo that I photographed whilst returning from Canberra in 2015.  I had scoped the silos  on my way to Canberra  a week earlier,  and I thought that they would be a suitable place  for me to start.   There was easy access  to the silos,  no security and the silos  suited  the afternoon light.

As it was raining when I arrived in Lameroo, I waited in the Subaru for the squall to pass,  then  I carried  the Cambo monorail out to the location  to make a couple of photos. It started raining just as I finished the shoot, and it rained all the way on the drive back to Victor Harbor. 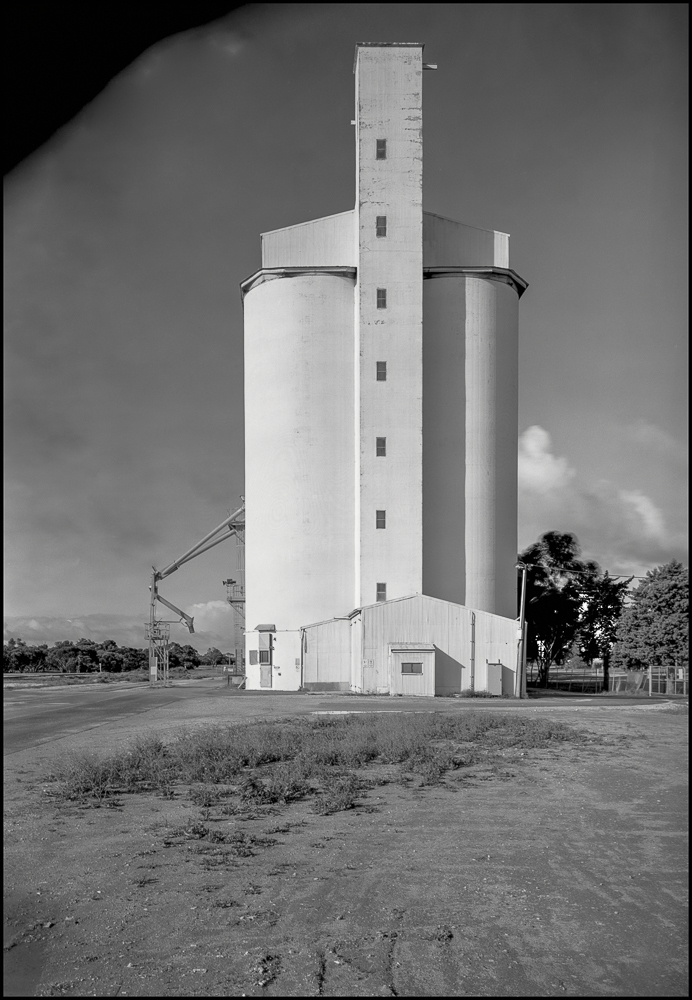 Unfortunately,  my  old 240mm Schneider Symmar f5.6 lens could not cover the movements of the Cambo's raised front standard; the trees in the shade on the right of the silo have no detail;  the negative has streak marks from the tank development of Ilford FP4 Plus at the Analogue Lab in Adelaide;  and scanning  the negative  with the Epson V700 flatbed scanner  has caused  Newton Rings  to appear on the digital file.

All in all this is a  disappointing,  and somewhat disheartening result. Sure  the project and equipment are a low budget, but I had  been hoping for better results than this.

This is the kind of  picture of silos in a landscape  that I plan to do with respect to that section of the silo project  which is based around the Mallee Highway.  I also referred to the project here. 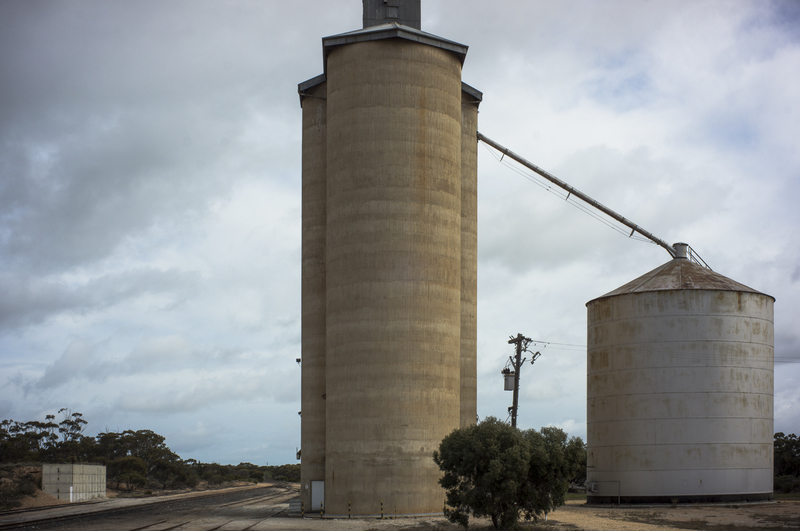 This plan is to make the pictures  in black and white  primarily using a Cambo 8x10 monorail. A few will made in colour using the Cambo 5x7 monorail.   The use of colour will be the focus of picturing the silos in the Wimmera.