This year during  the early winter  (ie ., June)  I  shifted from photographing in  the littoral zone   to photographing along  the back country roads in the local Waitpinga region. This scoping image of two trees on Pitkin Rd, which was  made whilst I was on an afternoon  poodlewalk, is an example of what I have been tentatively exploring: 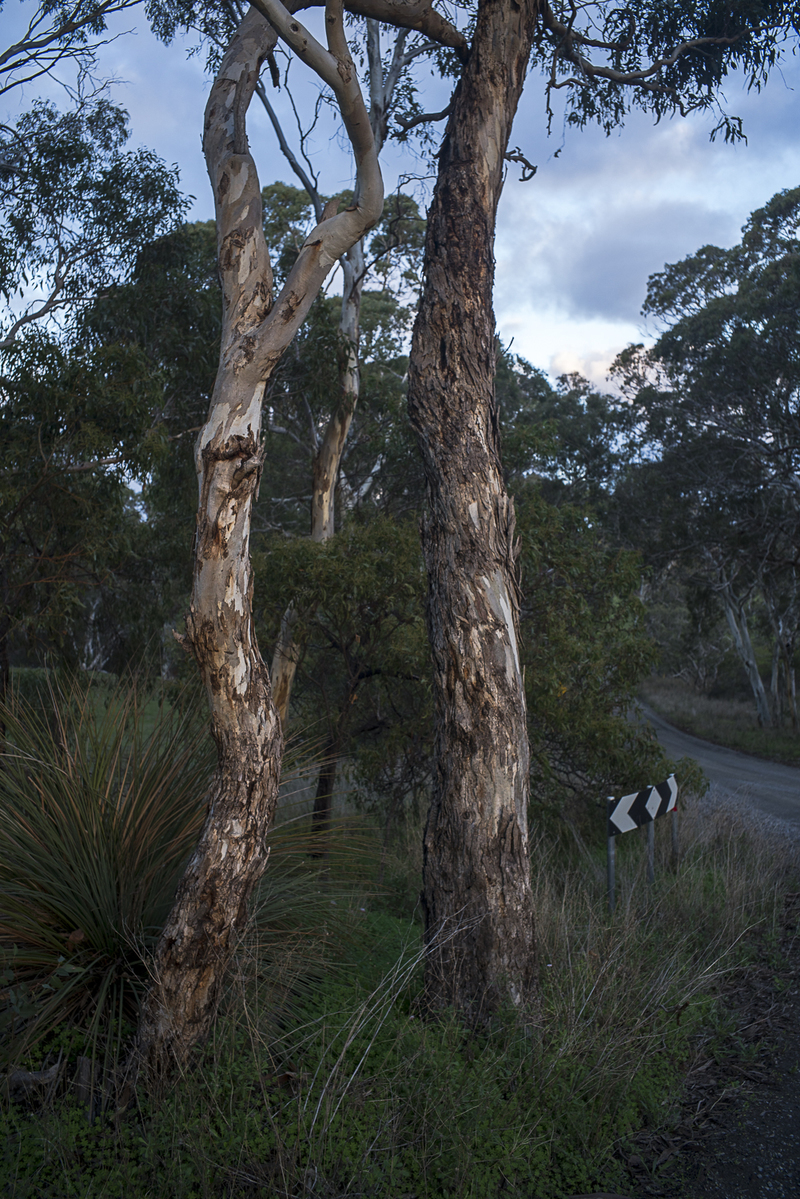 During June I scoped,  then sifted, the images  around Waitpinga into several    photographic possibilities.  Some actually  looked okay and worth  re-photographing with my film cameras.  I   slowly started to re-photograph with my medium format film cameras (a Rolleiflex SL66 and a Linhof Technika 70 with 6x7 and 6x9 film backs) --in both colour and black and white. One step at a time.