This  photo is of my  old Cambo 5x7, and it was taken by Stuart Murdoch.   We were on location in North Melbourne in the late afternoon in May 2018.  I had briefly wandered over to the other side of the railway bridge  to scope the old  bridge and the city  with my digital camera from a different angle.

We were in the process of making photos for the forthcoming  exhibition  at the Atkins Photo Lab for the 2018  SALA  festival and  I was using up the last  of my 5x7 sheets of Kodak Portra 160 ASA, which  I had purchased from B+H  several years ago. 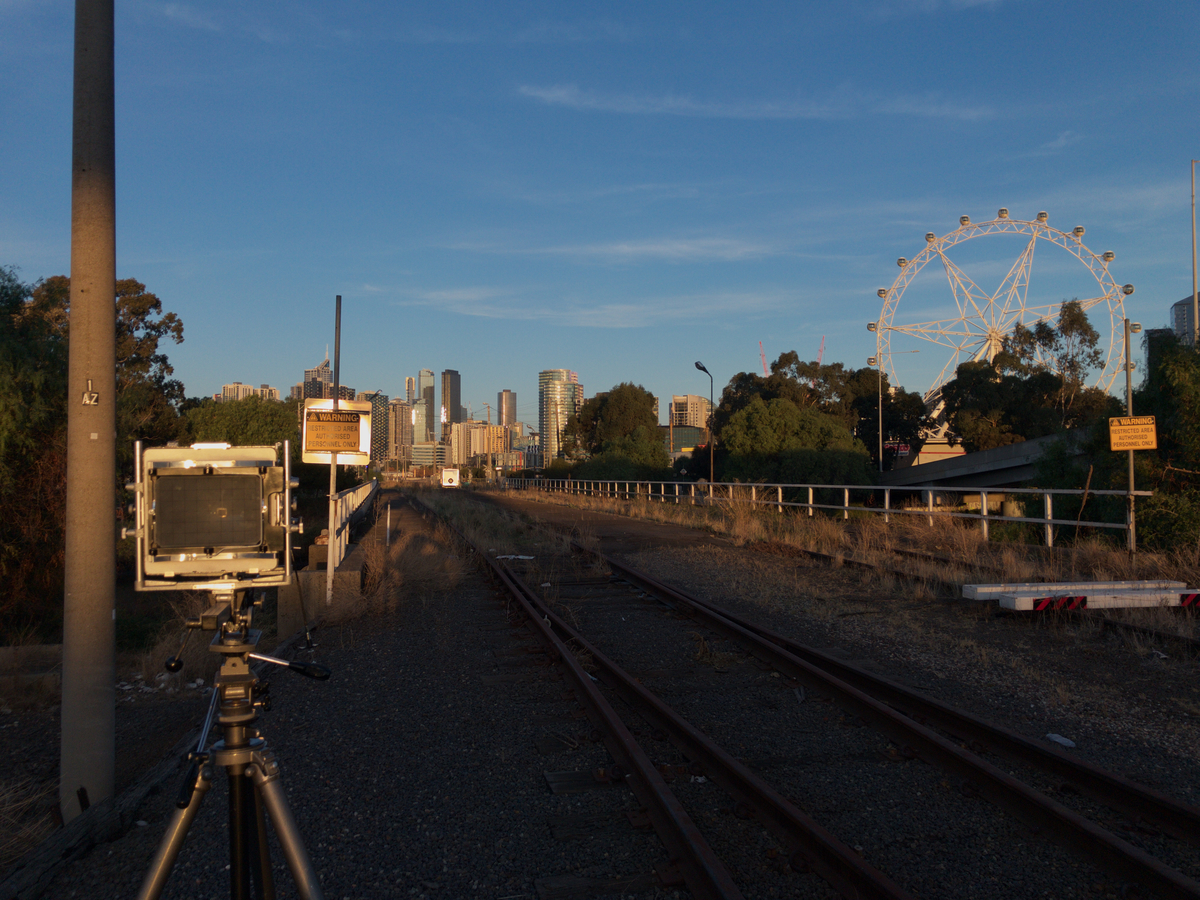 I  had started to  use the Cambo 5x7 monorail with colour sheet film again as I had finally stumbled on a way to buy 5x7  Kodak Portra film.    I'd  had discovered that  5x7 Kodak Portra 160 ASA is no long being sold as a consumer product,  even in stores such as B+H in New York, which is where I usually buy my film.

As a result I  was facing an unplayable option: either  switching  to black and white film (I was already using black and white for 5x4 and 8x10),   or giving up 5x7 altogether.  Neither option appealed to me. So I  had stopped using the 5x7 monorail.

Then I discovered that Kodak's 5x7 Portra sheet films are  available through  a special  order.  Canham Cameras offered such a service. So I ordered a box of 50 sheets and it will arrive towards the end of July.

Now to address the problem of scanning th5x7 colour sheet film,.. The only realistic option to avoid Newton Rings,  washed out coloured green hues,  is to have some 5x7 film holders custom made for the Epson V700 scanner.