It is rare for me to convert my digital photos into black and white. I nearly always use medium format film  for my black and white  photography of the details along both the coast and the landscape of the southern Fleurieu Peninsula in South Australia. I avoid the grandiose or the panorama.

However, as  I have no b+w film  at the moment,  and the spare film back for the Rolleiflex SL66 that I used  to use for  my b+w  broke when I was in Queenstown earlier this year and cannot be repaired, I  have done  a quick conversion of  a  digital colour image  into black and white using  Adobe's Lightroom.

I dislike the way that Lightroom converts colour digital files into black and white files.  The  tonal richness disappears and the image becomes rather drab and flat. There is no punch to them. 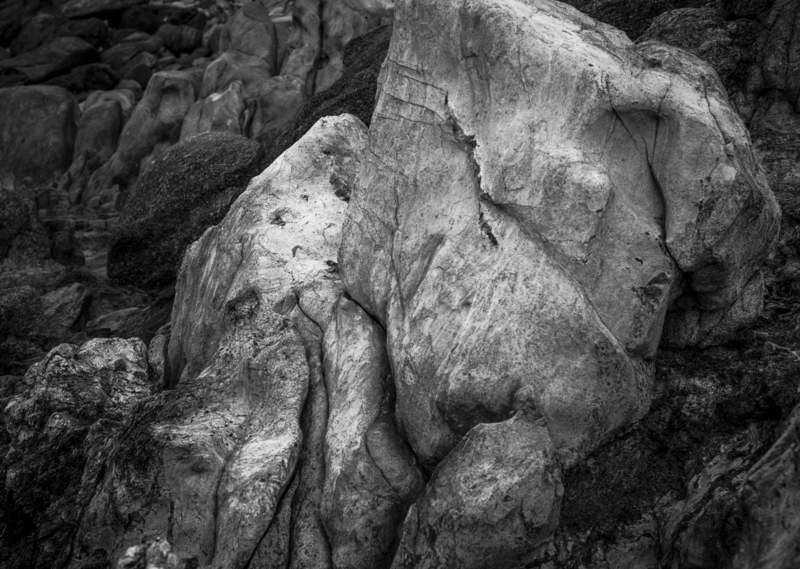 This is  just a small step into the world of digital black and white photography. Though  I  will eventually buy more black and white film  to  use with the  Linhof Technika 70,   the new iMac (currently running the  High Sierra O/S)  is forcing me  to  think in terms of upgrading my  Sony NEX-7 digital camera to a full frame mirrorless one,  and updating my Adobe post processing software.

There are, however,  a couple of  limitations to  stepping more  into exploring digital black and white photography.

Firstly, my old  Sony NEX -7  does not allow me to set the camera  up in terms of monochrome  so that I can see in terms of  black and white through the camera's viewfinder. So I have to imagine it.  This was not a problem  in this instance,   as  I actually did see this rock just west of Petrel Cove in terms of black and white. 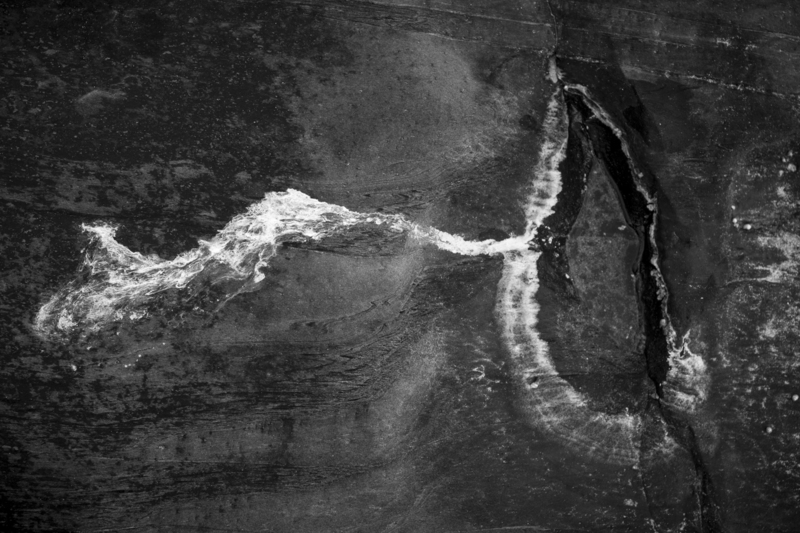 Secondly,  the Nik Silver Efex Pro 2 plugin software that I  uses to process my digital black and white is not working with Adobe Lightroom 5 with  the new High Sierra O/S on my iMac. Research indicates that the Nik collection has  a limited life because  because  Google is no longer updating it.

Apparently, Google just needed Nik’s algorithms and technology for other projects (e.g. Google Plus and Snapseed) and didn't really care about the photo processing software. This purchase of the Nik software was  primarily about the Google Android mobile phone operating system and positioning the mobile platform (tablets and smartphones) as a primary computing device. 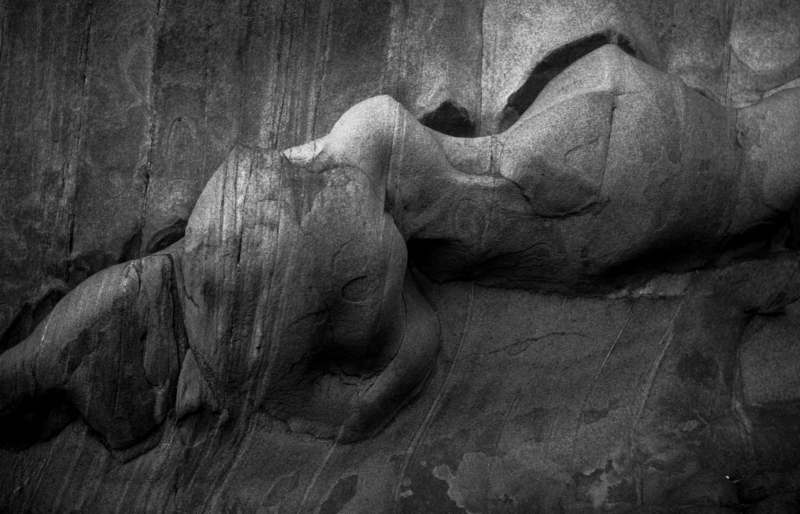 Now these these limitations are not severe.  They do not prevent me from photographing those difficult spots where it is not possible to use a film camera on a tripod. Digital black and white is  relevant  for me when it  comes to hand held work in low light conditions using a  low ISO; to being able to uncover those hidden,  detailed spots  due to  a strong   relationship to a  particular location  as a result of going back there  again and again over a period of years.

In the meantime I've ordered some more film from B+H in New York.