This image is an outtake from the 15 images that have been selected for my  forthcoming Fleuriescapes exhibition  at  the Magpie Springs Gallery in 2016.  Apart from me nobody thought much of  this particular  image: 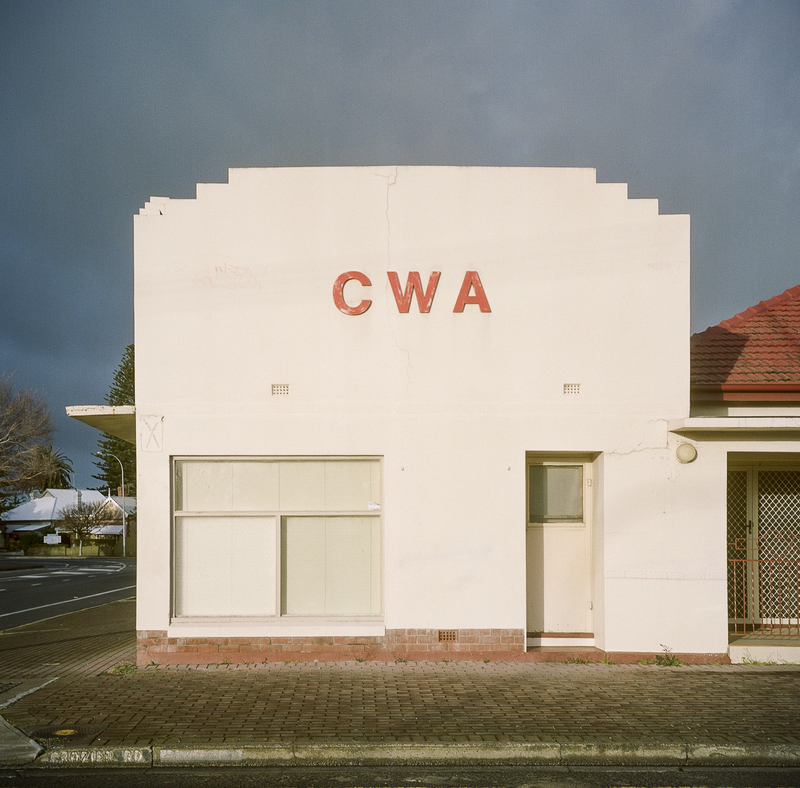 The  digital files (ie., scanned 5x4 and medium format negatives)  for the exhibition are with  Atkins Pro Lab  and I will check the small test prints  when I return from  my  New Zealand in the second week of December.  The exhibition, which  will be  in January/February  2016,  is from a  body of work that has been made  over the several years that we have been coming to Victor Harbor as  weekenders, and then more recently,  from when we started to live on the southern coast of the Fleurieu Peninsula early in 2015.

The exhibition explores  the Fleurieu Peninsula in terms of people, space and place, and it is designed as a  counter to the tourist images by the photographic industry,  the picturesque,  and the standard calendar landscape  view of the region as a wilderness. There will be no abstractions and aerials in the exhibition. It's all feet on the ground.

The various local councils in the Fleurieu Peninsula are keen to promote the region as a site of tourism in order  to give a boost to the regional economy. The various photographic exhibitions they support are designed to  promote the region and tourist images are the dominate form of visual representation of the Peninsula. There is a long history ( from the 1850s) of  the coastal towns being  popular holiday resorts for Adelaide people escaping the hot, dusty summers of the city.

The second most dominant form of photography in  the region is the photos of birds, flowers  sand dunes and sunsets--the  region's coastal  fauna and flora which adorns the walls of homes and public offices.  The emphasis is on  the natural beauty of the region.  It will be interesting to see this body of work from the Fleurieu Peninsula by various photographers and artists who have approached their exhibition in terms of stories  with the various works themed around the sea.

People, space and place opens up possibilities of photographing the region differently. This region is predominantly a human altered landscape,  rather than a wilderness, and it is one that  celebrates the history of the white settlers and ignores the violence associated with the dispossession of the aboriginal people--the Kauna and   Ngarrindjeri  people and  the Ramindjeri clan (of the Ngarrindjerii ) on   the southern Fleurieu area) people.  What is left is the odd place name.

I know that Encounter Bay was an important settlement, thanks to its whaling stations (at Rosetta Cove and Granite Island)   and these employed, among others, approximately 12 Ramindjeri  people full time with some 150 working in a peripheral capacity from the 1830s as whale spotters,  boiling down blubber, collecting bones and fetching water.  Following South Australia’s 1836 colonial establishment Ngarrindjerii bore the harsh brunt of first wave of settlement  and were left near-starving and decimated from introduced diseases. If the the mouth of the Inman River was the last camping ground of the Ramindjeri people, the Ngarrindjerii  survived at Raukkan (formerly Point McLeay Mission) on the shores of Lake Alexandrina and showed a resistance  in  their defense of their lands and waters.

From what I can gather the Fleurieu Peninsula is losing its history  in that the Aboriginal use of the peninsula and the history of the Kauna and Ngarrindjerii people is rapidly disappearing. What  has taken its place is the history of white settlement and development with its ideas of cheap labour and civilising mission whilst  its landscapes of natural resource management, local development, tourism and heritage.There is no place in these white, settled spaces for ‘modern’ Indigenous people with continuing political, economic, social and cultural connections to country. The national narrative of whiteness is dependent on black extinction and the contemporary absence of indigenous people.   It locates ‘real Aborigines’ in the ‘pre-historic’ past.   ﻿