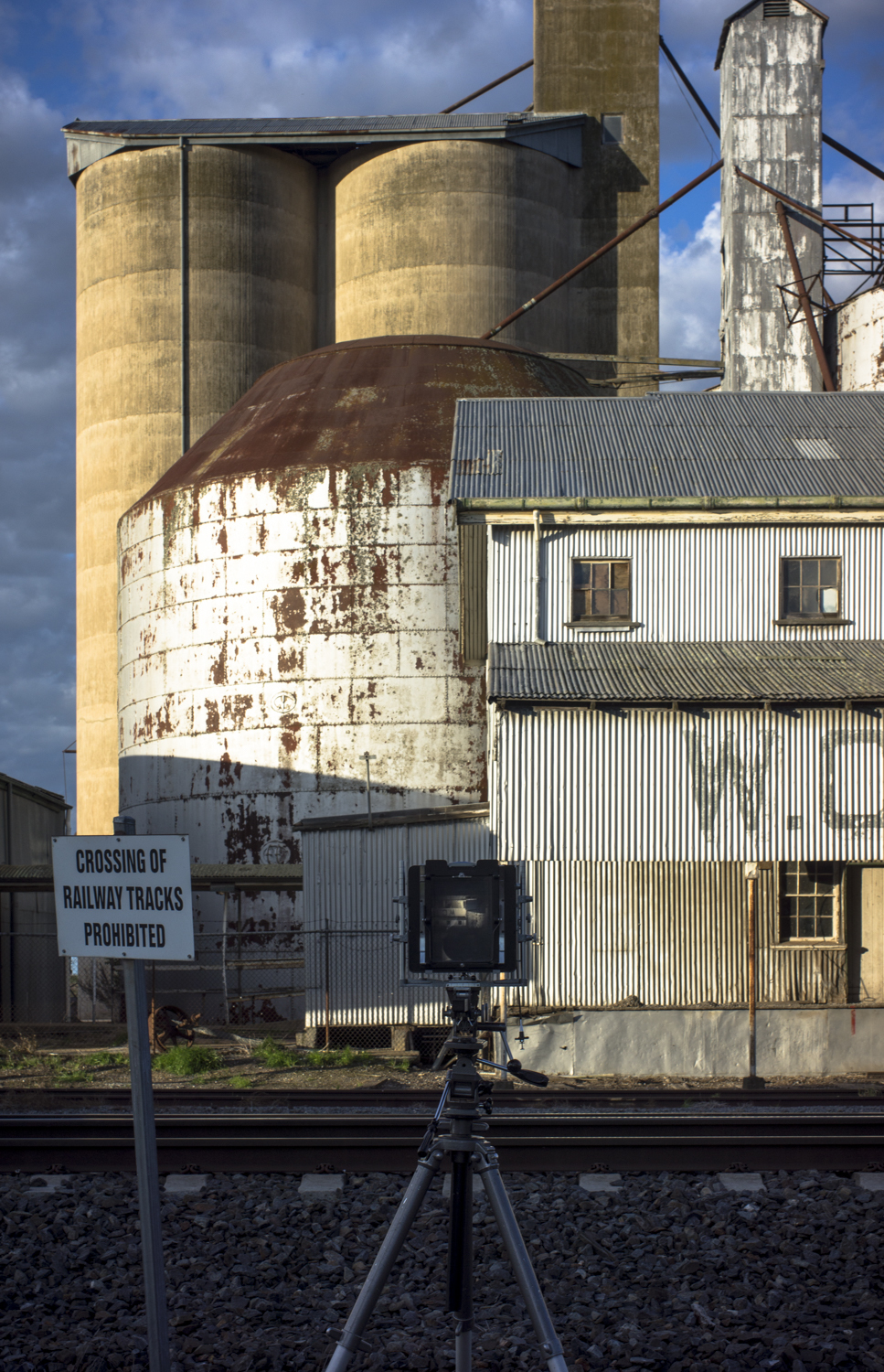 So that was the end of that photoshoot for the Malle Routes project.   The light had gone before I could set up the Linhof 5x4 Technika.  I returned  the next day with the Linhof at the same time of the day,  but  it  was different. A train was parked infant on the buildings. I made the photos anyway but I did not feel enthused  about the latter photo shoot.

Now to try and get the 5x7 back fixed.