When I was  on a photo camp at Lake Boga, near Swan Hill in Victoria,  I was able to do  a bit of 5x7 large format photography. I haven't used this Cambo monorail  for some time, primarily because of  the difficulties I'd experienced scanning the negatives on my  Epson  V700 flatbed scanner. I found it easier to use the 5x4.

This  was an early morning photo session on  Pental Island along  the banks of  the Little Murray River.  I'd scoped the location  on a previous visit. 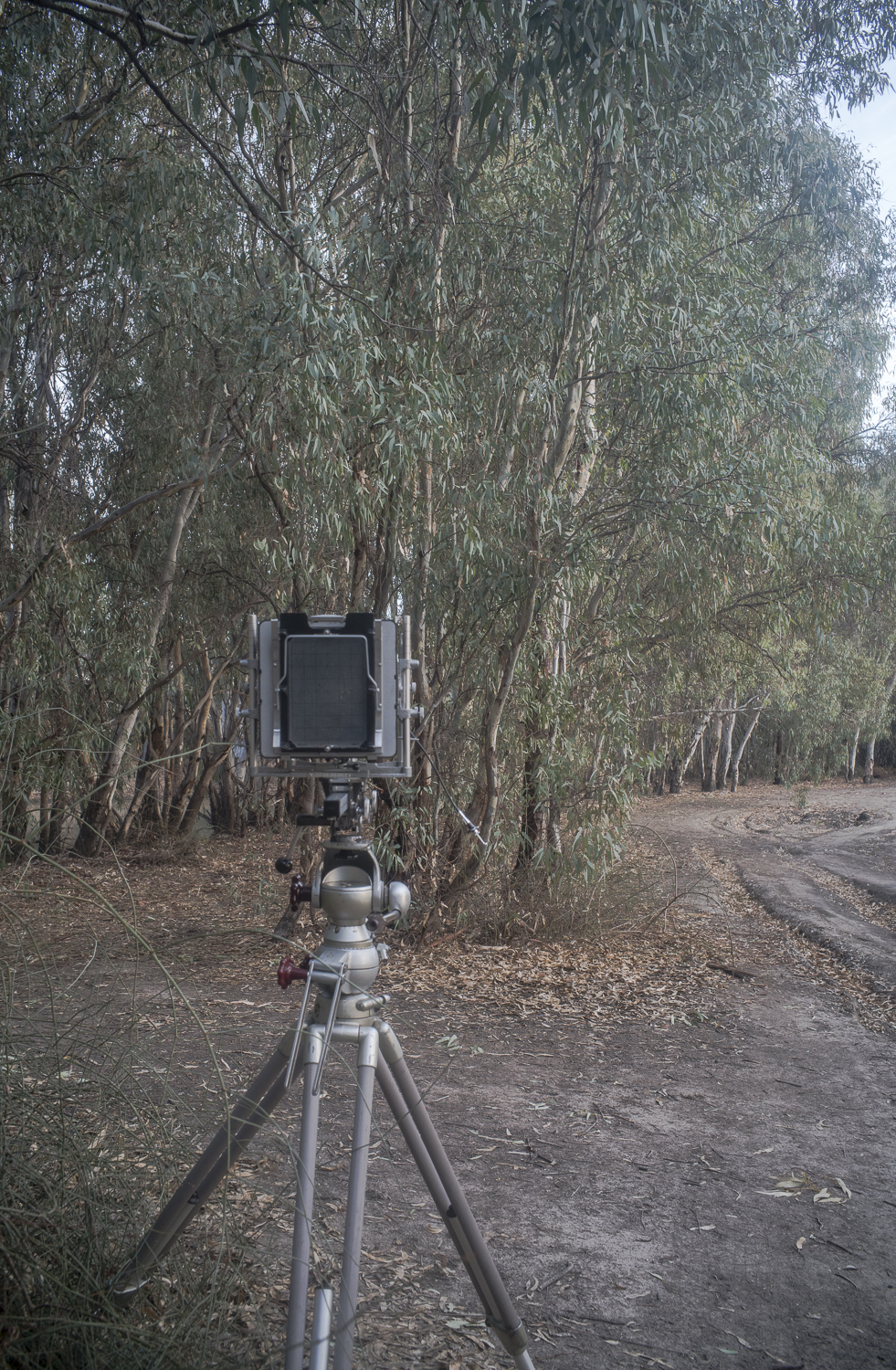 It was a return to the Edgelands project, which has been on the back burner for a couple of years.  I haven't known what to do with the body of work in this  project after the initial exhibition at Manning Clark House in Canberra in 2014, apart from  continuing to make the odd large format photo. I kept thinking about to continue with this project.

One possibility that came to mind was to expand the project into a photobook I thought whilst I was on location at Pental Island     One possibility would be to produce a  second edition of the initial exhibition catalogue,  which was a picturebook with a mixture of word and image, by making it more open ended. 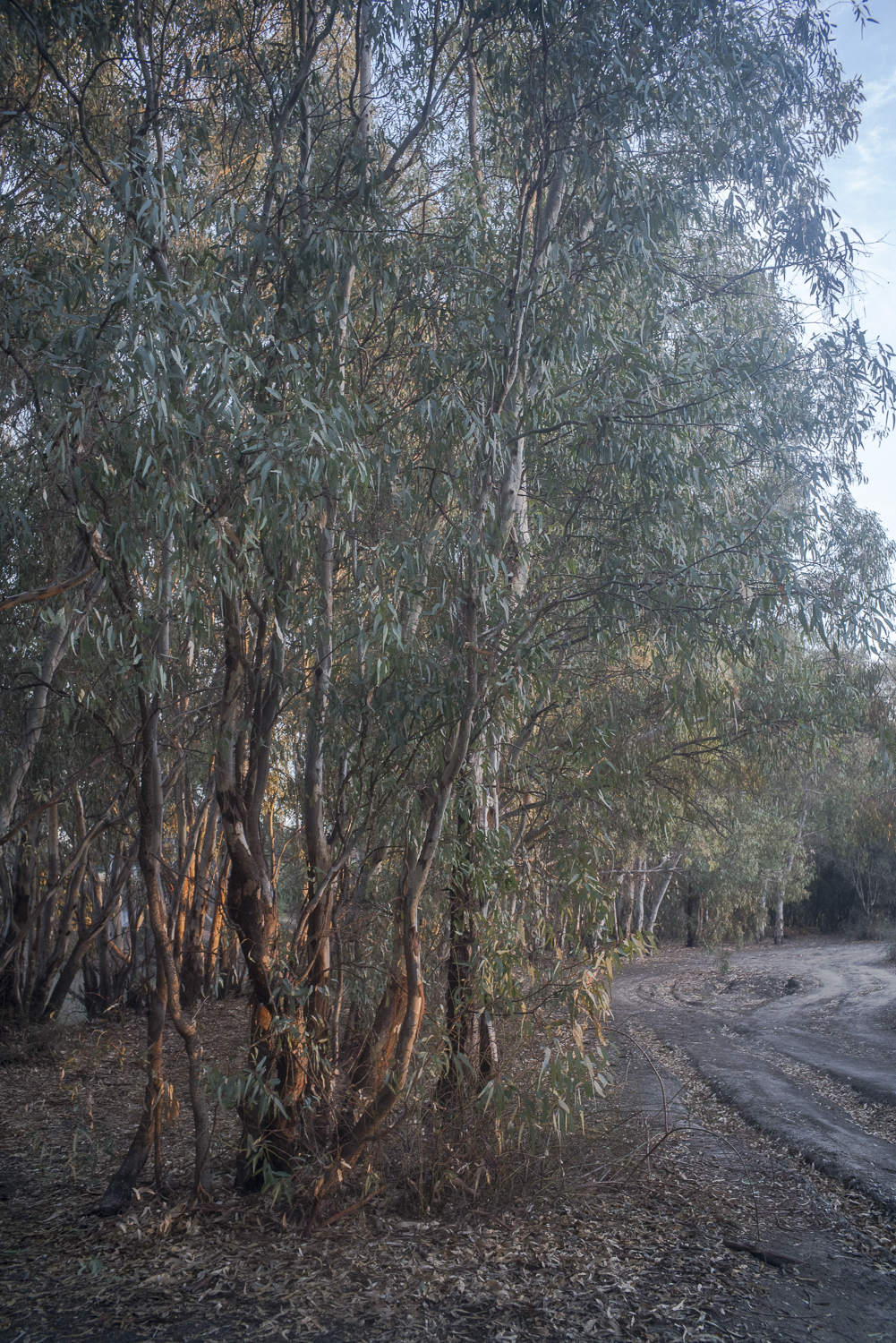 The idea behind the second edition would be to make a photobook in which there is a tension between word and image,  the pictures rather than the text are the dominant  element,  and to emphasise  the meanings being achieved through the reader continuously moving back and forth between the text and image. What I would  try to avoid is having a single narrative or story so as to make it a more open  to a variety of interpretations.