I drove up to Talem Bend -the base of the Mallee Highway -- yesterday with the poodles --to continue working on the low-key  silo project  with the Cambo 8x10 monorail. The negatives from the previous photoshoot had been damaged. Hence the re-photography.  However, things didn't work out for me.

Since the light wasn't right at the silo around lunch time I decided to scoot up to Geranium to scope the silo  there, as I recalled it presented difficulties in photographing because of  the surrounding trees and bushes. It took me longer to return to Talem Bend than I'd allow for, so I was running out of time for the photo session. 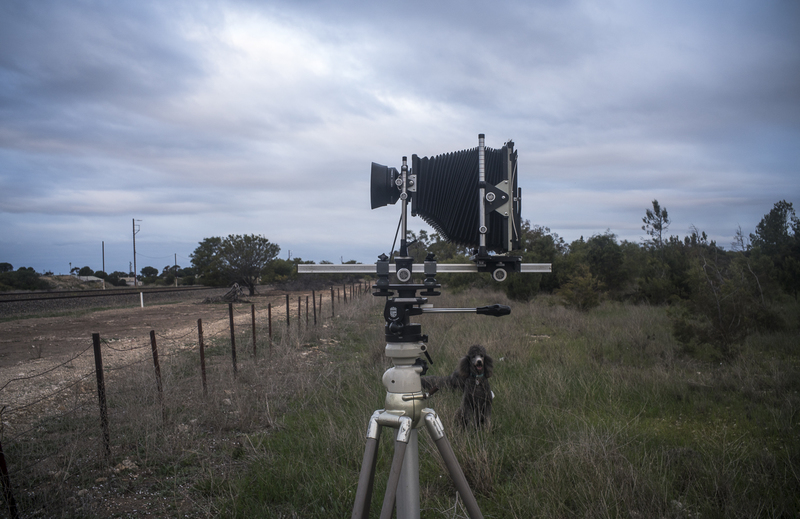 The conditions were what I wanted: overcast, soft light, no wind.  I  had limited time before dusk started  to fall, and  it just doesn't pay to rush  the process of setting up the camera when using an 8x10 monorail.

Unfortunately,  I didn't have time to set the monorail up properly; the film in the first  dark slide  that I used hadn't been loaded properly; then the light meter just gave up. I pulled out  the spot meter  I had with me, but the batteries were dead. The light was fading and I didn't really have time to put the battery into  the third light  meter. I guessed the exposure and I was only able to make one photo. 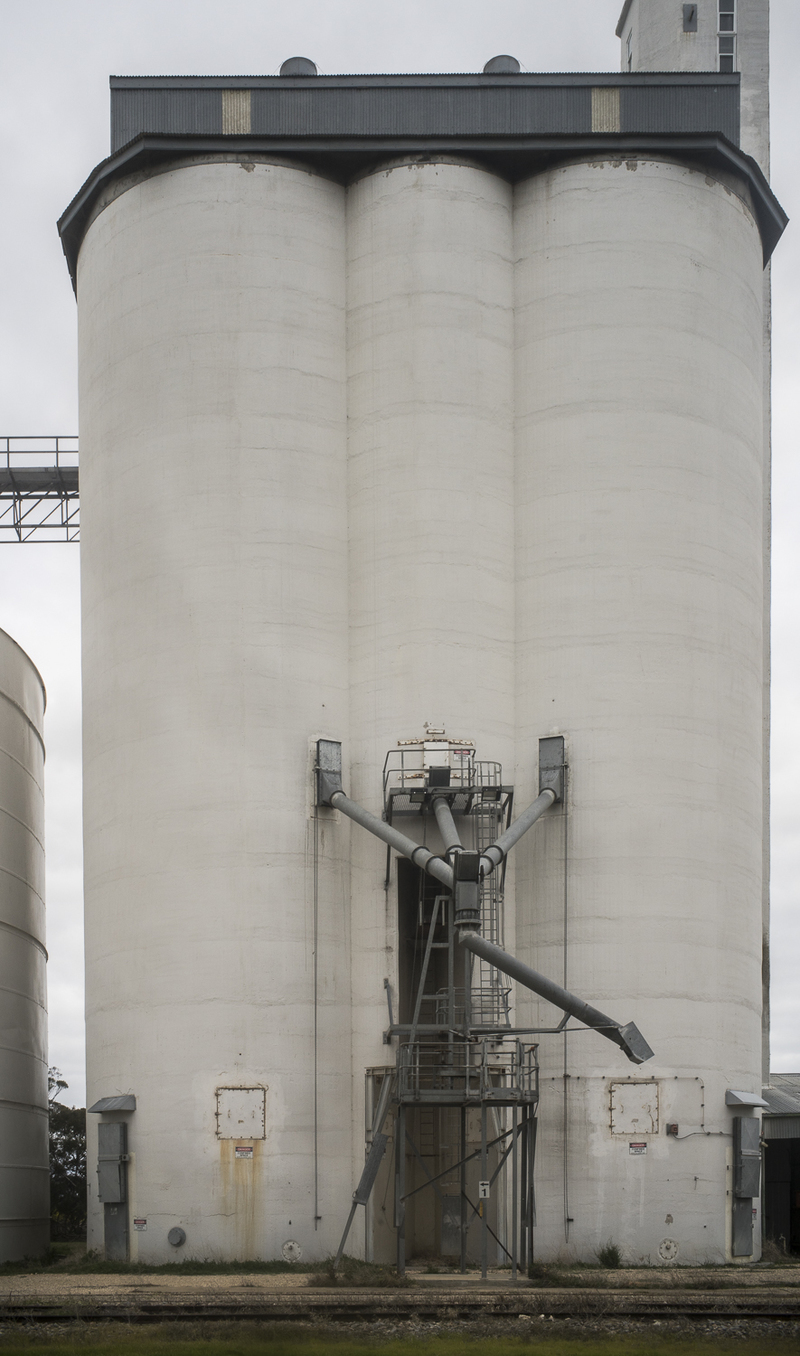 This rushing was due to taking far too  long spent on  figuring out how to photograph the silo at Geranium. Geranium was also much further along the Mallee Highway from Talem Bend than I'd realised and I miscalculated the time it took me  to return to Talem Bend.

So there will have to be another Talem Bend photo session.