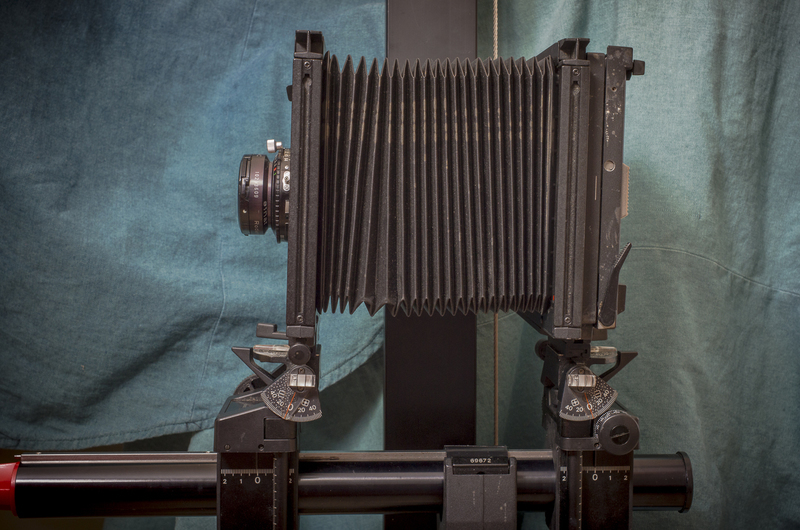 It is a Sinar F2, which I purchased from Alex Gard in Hobart,  Tasmania. It  came  with a Rodenstock 150m  Sironar-N lens  plus a Schneider-Kreuznack Super Angulon 75m lens and  a wide angle bellows.  Though the camera doesn't look  that great,  it is perfectly functional,  and  it will do the  simple studio work that I have planned. I have no plans to  take it out into the field as its  sole use is as a studio camera.

It's my studio camera  now, because  the  Schneider 300m Symmar lens which  had been  the  Sinar P 8x10  has  gone  to the Cambo  8x10 for the silo project to give me the  additional image circle to correct the movement problems that I am having with the  240 Symmar. The latter's image circle is okay for landscape but not  so for silo architecture.  That means that I currently  have no lens  to use with the Sinar P.

The  Sinar F2  is  an economical, and simple  start into the Sinar system.   'System'  here means that  the  camera can be  later converted into a Sinar p2, and if it does, then, then the components of the Sinar f2 can continue to be used as practical accessories within the Sinar modular system.