This scoping image of a landscape  was for a future 5x4 photoshoot, and it  was made on a recent late afternoon poodlewalk during the Covid-19 lockdown in South Australia. The lens on the handheld digital camera  is pointing  towards Kings Head  on the southern Fleurieu Peninsula.

Landscape here refers to the practice of visual representation of space. Photography doesn't just situate landscape in a physical context,  it also situates ourselves in it. The framing, focus and depth of field  of the camera identify our position as the  viewing subject. When we "see " a landscape we situate ourselves in it. 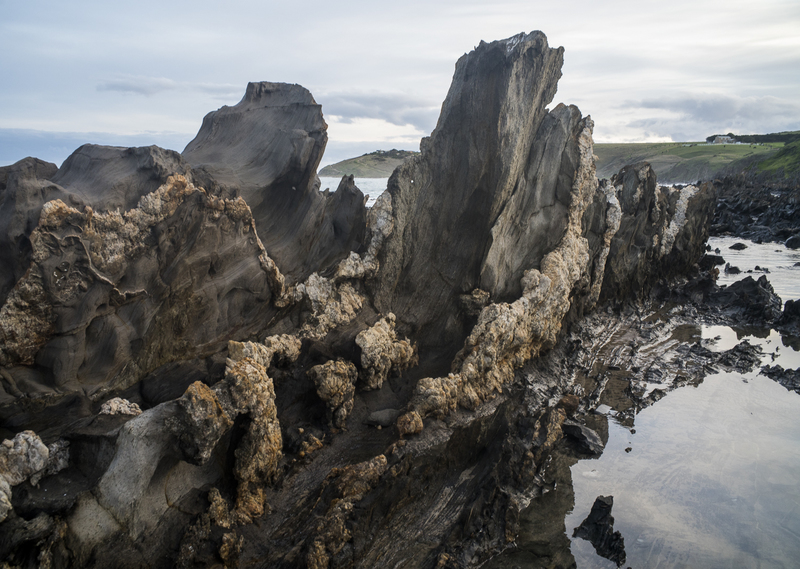 The idea behind this coastal landscape  photo was to use this  particular  perspective  to  show the edge or relationship between wilderness of the southern ocean and what is traditionally  called a human altered landscape--in this landscape the agricultural land and its buildings. The privatised land comes down to the edge of the coast. The  public spaces are  the coastal rocks and a narrow path between the fence of the agricultural land and the  edge of the cliffs.

That coastal path has also been altered by humans. It is now a Heritage Trail that links into the Heysen Trail at the end of Kings Beach Rd. The  renovations are designed to create spaces for tourism. An example is the large viewing platform  at the end of Kings Beach Rd. This was created by Rotary with Commonwealth funding and it  has made the juncture between the two trails a  tourist destination to view the land, sky and sea.

Another interpretation in the late afternoon on a different day: 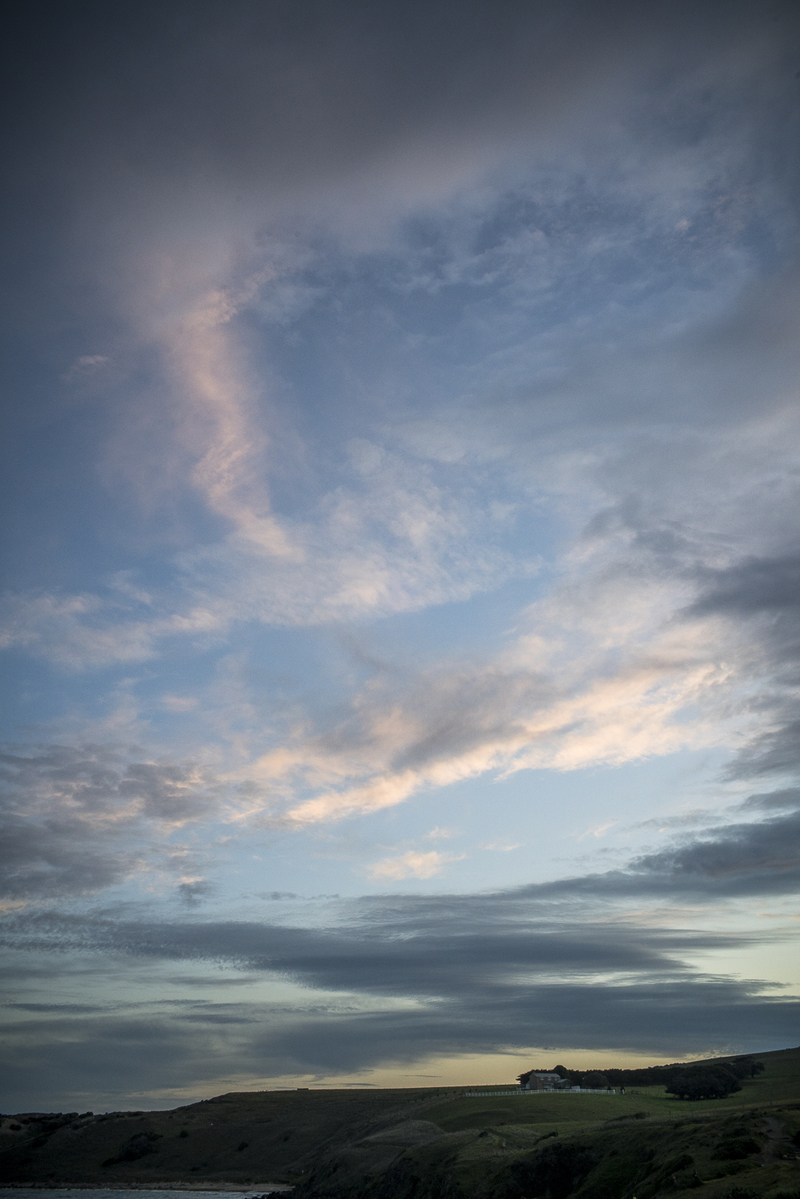 Though the photographs highlight nature,  in reality most of the territory in the landscape  is agricultural land and private property, which is inaccessible to the public.  Various  public roads cut through the agricultural land to connect the small townships on the peninsula,  and the roads offer another way to view the territorial space. A third perspective  on this territory is the aerial one  from a plane or drone.

The tide during this past week   has been high in the late afternoon  and I have been unable to access the quartz rocks in-between the rain. The tide was  lower around 4pm  yesterday and the location was  accessible, but the weather has changed  once again and the wind and rain returned Friday afternoon. It rained overnight and during Saturday.   Rain is forecast for the next few days.