This picture was made one afternoon along Halls Creek Rd in Waitpinga on the Fleurieu Peninsula in South Australia. Halls Creek Rd is part of the Heysen Trail,  and  I often walk along there on a  late afternoon poodlewalk in the winter time. It's fenced on both sides of the road, it is protected from the southwesterly winds , and the western sunshine gently lights up the vegetation.

It's a pleasant walk in the late afternoon and  I've made a number of photos/studies  of the roadside  vegetation along this section of the Heysen Trail.  This was one of the first: 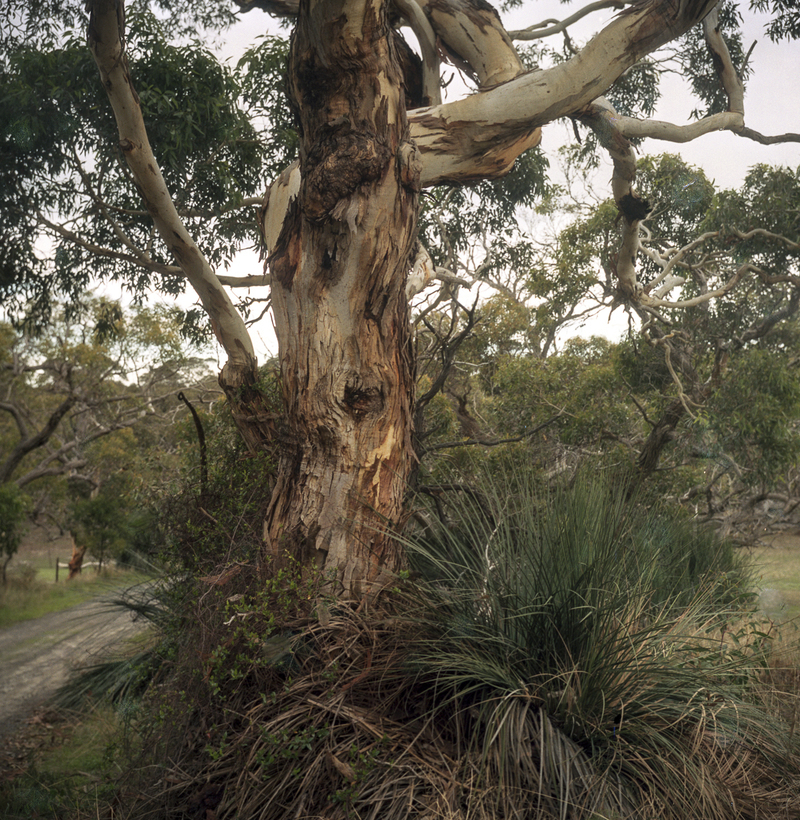 On this occasion I exposed  some old Portra NC 160 ASA film that had been sitting in  the 6x7  film back of the Linhof Tehnika 70 for 5 years or more.  I thought that I'd better finish the roll  of film and  have it developed as I had nothing to lose.  Though the negatives were a bit flat and the colours  were washed out  the  digital  files were okay when  I scanned the film. Some  of the pictures looked a  bit odd,  but I didn't mind.

I wanted to start using the baby Linhof again as the  two  film backs  that go with it ----a 6x7 and a 6x9--- were useful for tree /bush studies that I was starting to do for the Fleurieuscapes project. After exposing the roll of film,  and using the camera in the Kuitpo Forest,   I went ahead and bought a  more modern Linhof (Super Rollex) 6x9 film back.