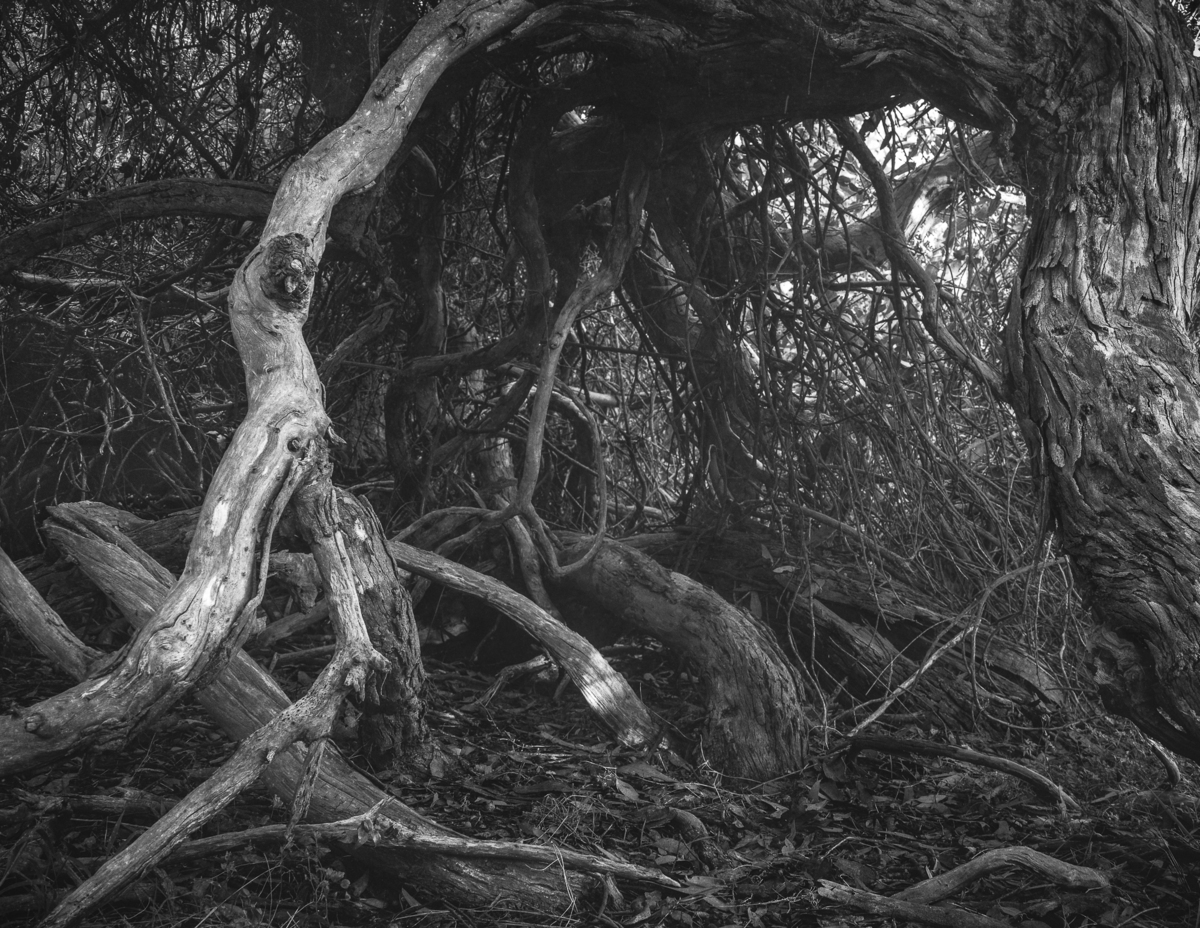 Unfortunately  for me,  the exposures  that  I made using the old Linhof Technika 70 using a 6x9 film back were terrible: the  shadow areas were underexposed and  the highlights were blown out.  The above picture  was the best version--I have cropped out the burnt out highlights.

There is an early interpretation  of this image that I published on my  black and white Tumblr blog. The shadow areas are okay in this version,  but  the  highlights in the top right corner are blown out. I knew they would be when I was making the photo as it was summer time and the light was still contrasty in the late afternoon.  I couldn't wait for the  sun to dip behind the background hills. I made the photo and hoped for the best. It wasn't to be.

This subject  needs to be  re-photographed. I went looking  for this curved branch on a morning poodlewalk with Kayla amongst the scrub in  the Heysen Trail in Waitpinga.   It took me a while to find it.   Taking a hand held digital scoping photo with the Sony a7R111 reinforced my view that this kind of subject is more suitable for  black and white film  than  colour. 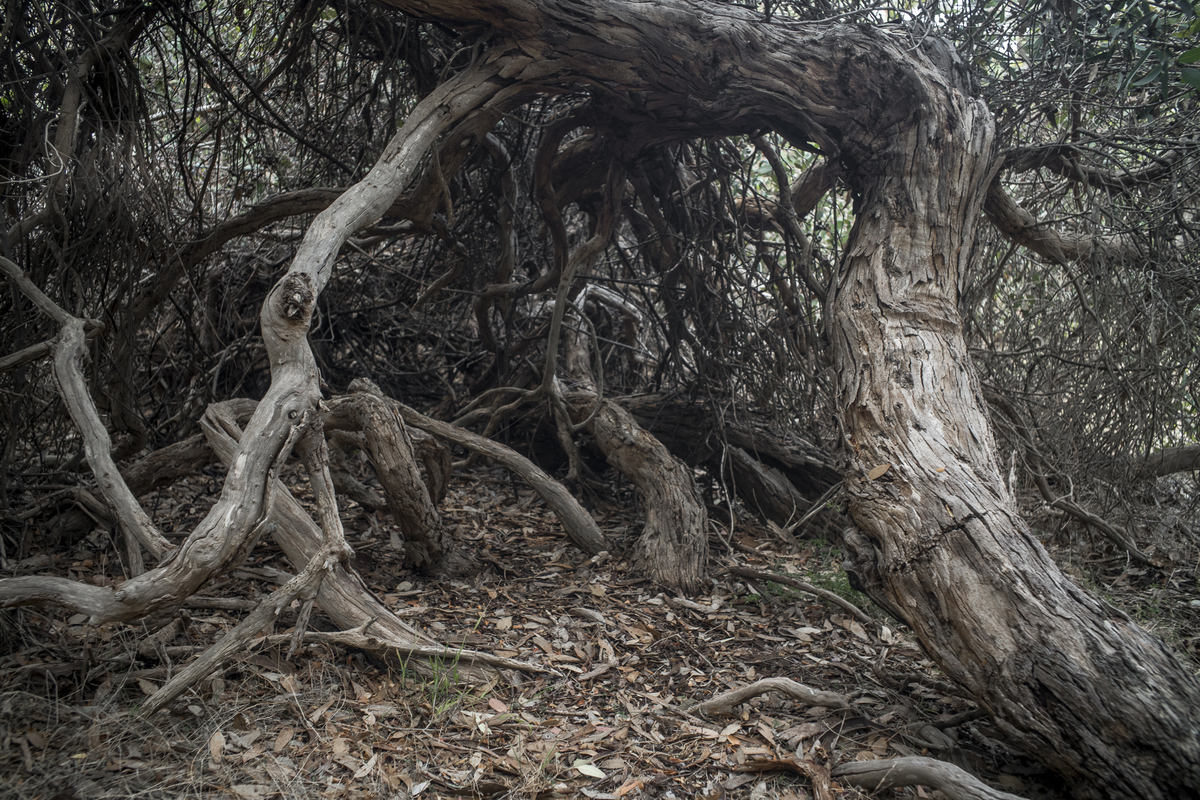 It's a tricky subject to photograph due to the wide dynamic range between the deepest shadows and the  highlights. It  requires  a  long exposure,  an overcast day, soft light  and little wind.  These  are unusual conditions along the southern coast of the Fleurieu Peninsula.