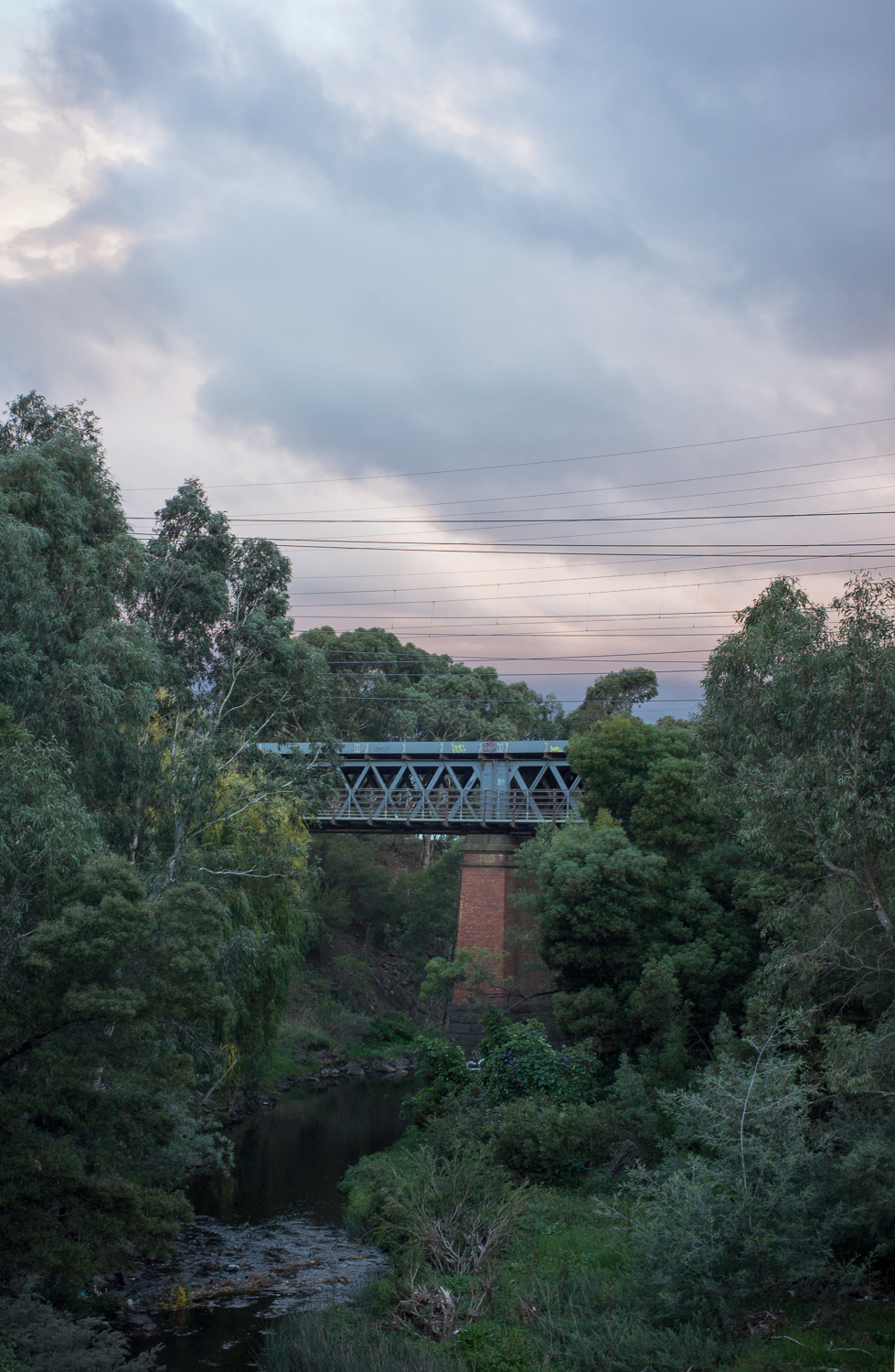 In recent decades much has been done to remedy the creek's condition and  patches of remnant native flora still remain along the creek.   A shared  pathway has been established along the banks of the creek--but it was broken around North Fitzroy, necessitating using the roadway.

Next time I will  use the overnight bus to Melbourne as I can transport my large format gear  (the pack with the 5x4 Linhof and the tripod) much more cheaply than I can using the plane. I reckon that I could walk to the location by getting off the train at  Merri Station on the South Morang line.