I  made some  pictures in the Adelaide Botanic Gardens  using tranny film (Fuji Velvia)  earlier in the year.  It  was part of the Atkins Technicolour's  2014  Summer School Film Challenge.  I was only able to attend the film challenge workshop due to other commitments.

It was a 40-45 degree day  in high summer and we were  to make our  photos between 9.30am --12.30 pm.  The roll was processed  by Atkins and we then selected one picture from the shoot.  This was then  scanned by Atkins, lightly post-processed by the photographer, then printed by Atkins for an upcoming exhibition.

My pictures  of bamboo strands in the Botanic Gardens was hit and miss,  and  some of the pictures were badly underexposed. I've just scanned  the two rolls  that I exposed  back then.  I've  quickly converted one of the badly underexposed  pictures  to black and white using Silver Efex Pro 2 to see  if it is possible to  save them: 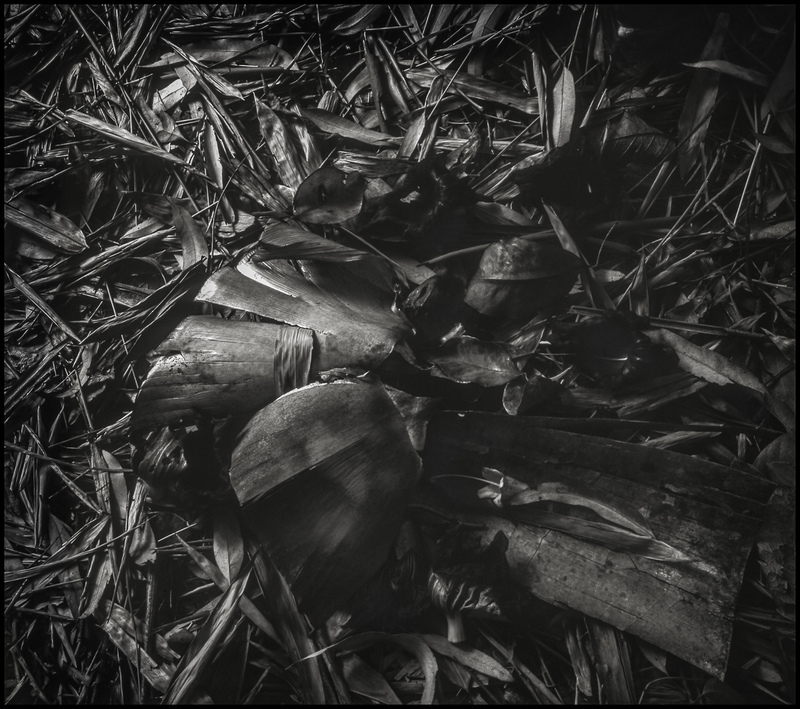 This  picture  of leaf litter was next to  a strand of bamboo  under some trees that  provided some deep,  open shade and this allowed me   to avoid the summer glare.  I gathered bits and pieces of leaf litter and  some colourful flowers to form a "still life".

I was after a 'moody image' with rich  tones.  The result was a badly,  exposed picture. There was a consistent pattern to the underexposed  pictures.  It was probably my lack of experience with tranny film as I was still thinking in terms of  photographing with colour negative;  or in the case of the lotus flower  below in terms of  black and white film. 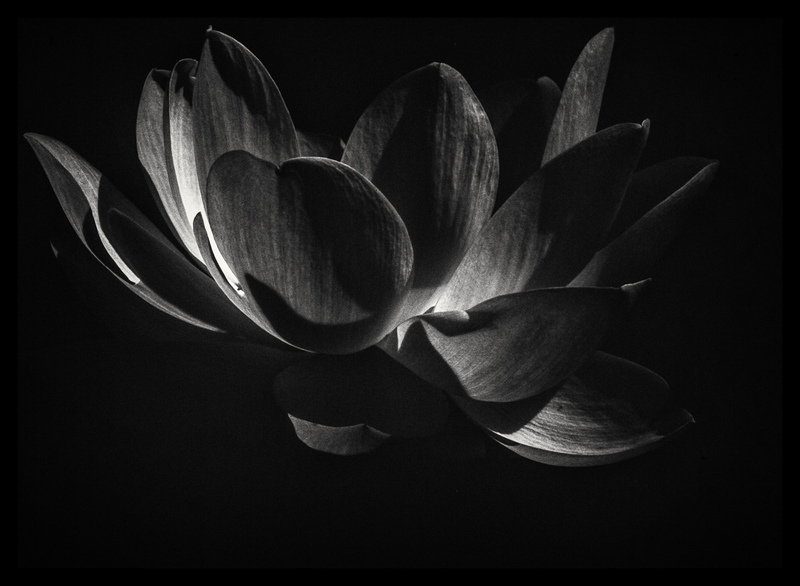 I  realise that I understand tranny film and I lack  a knowledge of how it works.  However, I appear to have  managed to salvaged something.