I recently went on a field trip to Lorne and the Great Otway National Park in Victoria with the Melbourne based  large format photographers. Like the previous visit, it was a short trip - we ( Suzanne, myself and the standard poodles)  only spent  a few days staying at an Airbnb at Aireys Inlet.  Accommodation along the coast of the Great Ocean Road was extremely hard to find.  It appears that everybody is travelling around Australia with the national  borders closed due to the Covid-19 pandemic. Lorne itself was packed. There were people everywhere including  at Erskine Falls.

I hit my physical  limits carrying my Gitzo aluminium tripod and Linhof 5x4 Technika IV up a series of steps  to  Swallow Cave at the top of the Sheoak waterfall. It was the tripod that did it: -- the Gitzo  is heavy and unwieldy and it hurt my neck and back when strung across my shoulders.  I really struggled.   It is the lightest tripod that I own, but I  had to take rests to ease the strain on my neck and back.

Consequently, the next day when I walked along a  forest path from the Blanket Leaf Picnic Area to the Cora Lynn Cascades and back I knew I could not carry the  Gitzo aluminium tripod and Linhof 5x4 Technika IV; even though it  was just a couple of kilometres on a moderate grade walk to the Cascades.

I'm just going for a walk in the forest I told myself. I'm going to enjoy myself in the Otways.  To hell with lugging heavy gear.  I saw  this part of the creek on the way down to the Cascades. It  was  in a very dark corner, it was raining,  and so it was  a very low light situation. 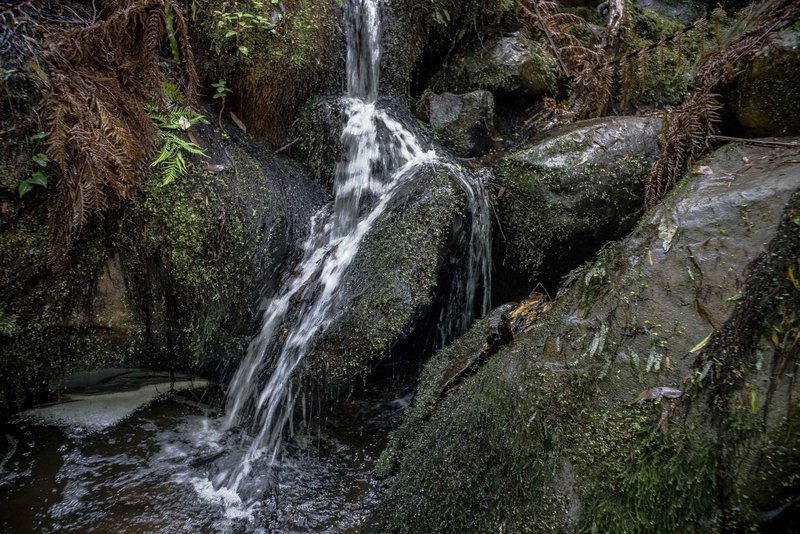 I just carried a Sony A7 R111 digital camera with me. It  works well handheld in low light. The Cascades themselves were nothing much so I photographed this section of the  creek on the way back to the picnic ground.  It was no longer raining.

All my large format equipment is circa the 1960s.  It is well made,  but it is old, heavy and unwieldy and, apart from the Linhof,  it  can only  realistically be used close to a car. There was no way I could carry the  Gitzo and Linhof to Point Franklin as I'd planned.  I resolved then and there to invest in a carbon fibre tripod that would sit on the side of the camera pack -- like everyone else does.

This part of the creek was near the part above and it was  also  in very low light; but the sun came out whilst I was mucking around trying to construct an image:

Though the  technology  used to build the new  large format cameras has improved immensely since the 1960s  I cannot afford to buy any of the new lightweight,  wooden large format cameras. The Linhof, is cumbersome and fiddly to use,  but it  is a fold up,  and so it is okay for walking with in a day pack. So it was a new tripod, however much I balked at the cost. 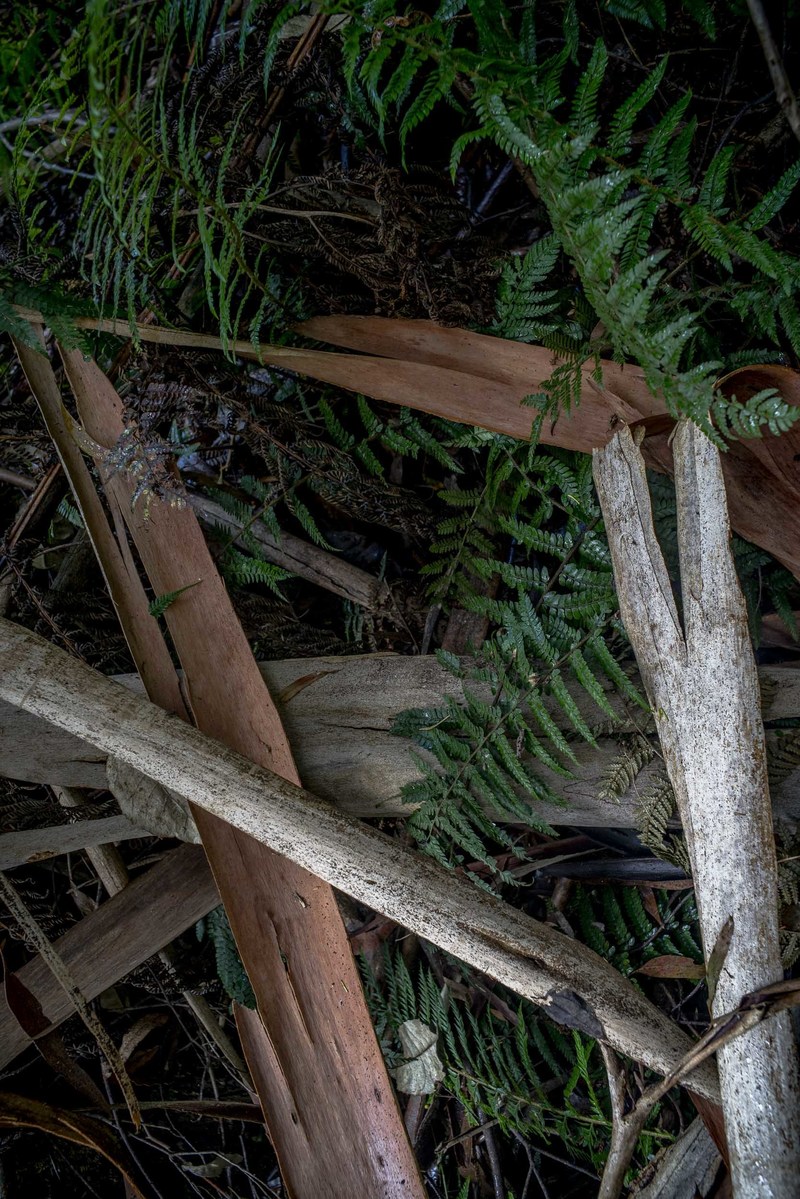 Some say that the era of large format film photography, as we have known it for the last half century plus, is coming to an end. The closure of Ebony, which made the finest and one of the most extensive lines of wooden view camera models, is merely the latest evidence of the trend. However,  new wooden camera's are being made  but not lenses. Schneider and Rodenstock no longer manufacture lenses for large format film photography  and  Nikkor and Fuji no longer manufacture view camera lenses of any type.

When I returned home to Encounter Bay after the Otway field trip  I went online and bought  a new carbon fibre  Sirui tripod with a 4 way head. It took a day to arrive from Sydney.  It fits on the side of the day  pack and it is so lightweight compared to the old aluminium Gitzo. As a bonus my  old Sinar pan tilt tripod head fits the Sirui.