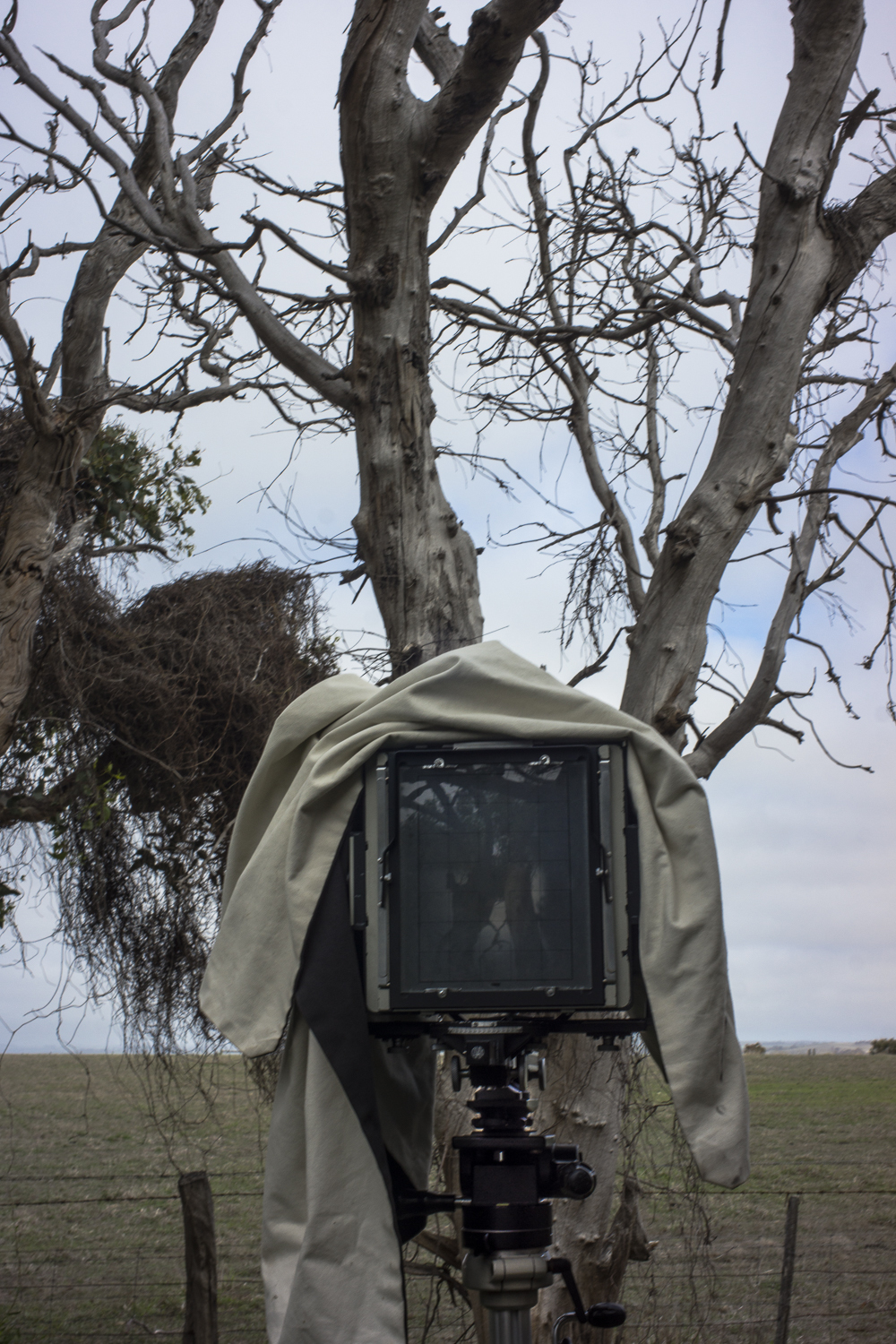 I  wasn't used to the  changed perspective  of the 300mm lens and so I  struggled to set up the camera and tripod in  the right position for the roadside vegetation  photoshoot.  I'd also forgotten that I'd changed to  photographing in black and white from colour after  I'd   seen  that  the field had stated to turn green format recent rain.  I wanted dead tree, dead grass and overcast skies--a bleak,  stripped landscape for part 2 of the Fleurieuscapes project. 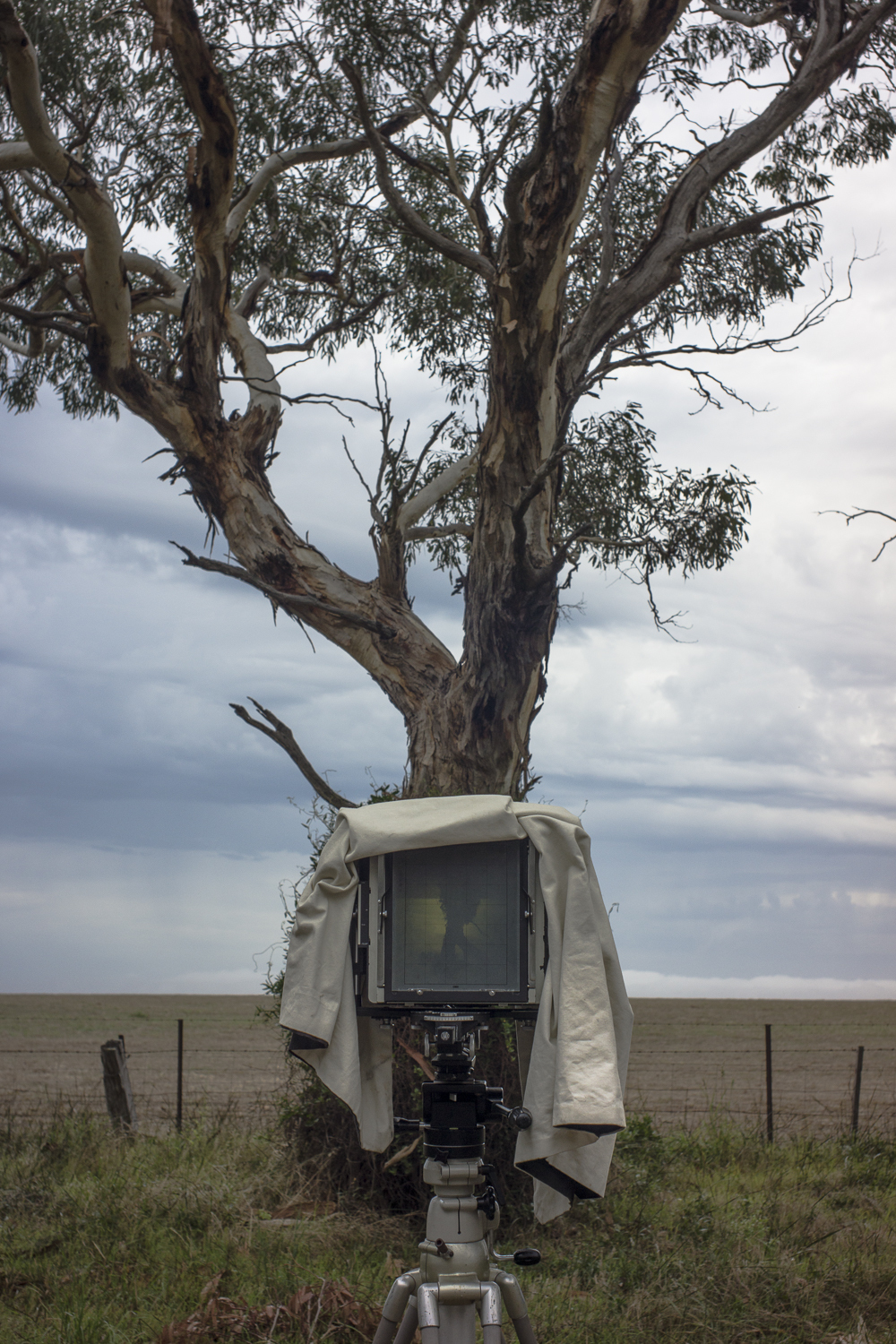 The front standard  of the monorail  had accidentally turned to the right when it should have been straight, and I forgotten  which black and white film I'd loaded into the film holders.

I more or less wasted 4 sheets of  film on the two film shoots.  It takes  me a while to get  back into the rhythm of  using a 8x10 monorail in the field. It's very different from taking snaps with a digital camera.