I have been planning to photograph  this low level rock formation  for some time now.  I envisioned pictures  in both in colour made with a medium format film camera  (Rolleiflex SL66) and in black and white  made with a 5x4 Sinar monorail. Though the  granite/quartz rock formation  is  just past the western edge of Deps Beach,   and though it is quite accessible,  I keep on putting the photo session off. 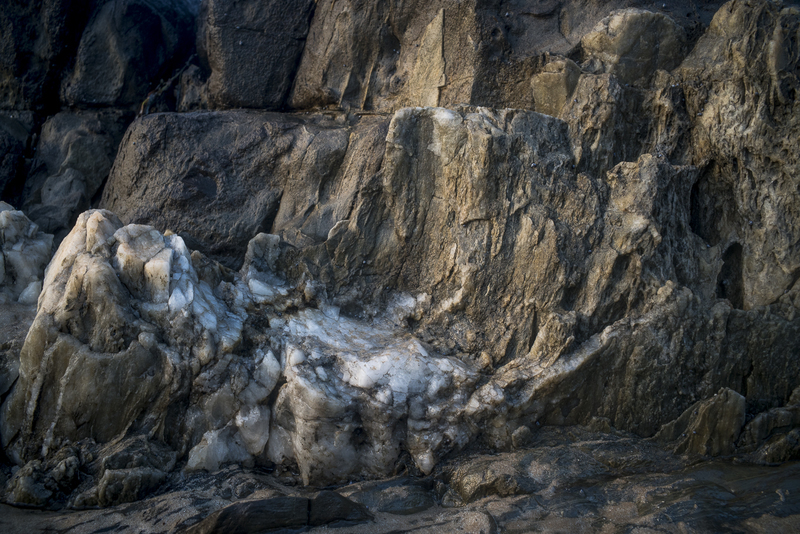 I'm not sure why the procrastination,   as I pass this  location on one of my normal  early  morning poodlewalks with Kayla.   Making the photo  does require  me to use a  tripod with spreadable legs  so that it can  lie flat on the ground,  and that does mean carrying a heavy and bulky  Linhof tripod. That's a hassle.

However, it is easy walking  to this location,  and  there are other nearby subjects that I have selected  to photograph as well. This is one I have in mind: 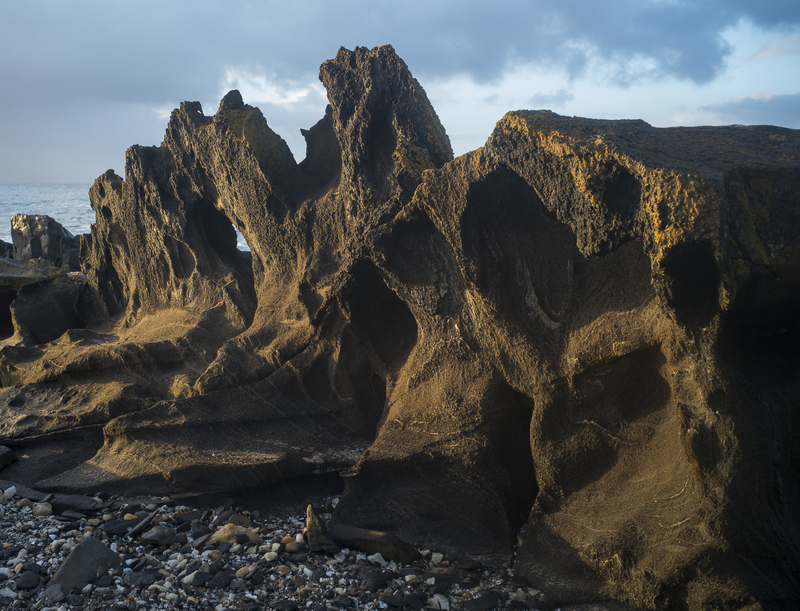 I realise that I haven't done any photography with a tripod and film cameras along this coast for a while. I think that the  primary reason is that I've been waiting for the winterish conditions to return:--soft am light, clouds and wet rocks. These conditions have  now arrived.

I have started with the film photography this morning (Tuesday, 21st of May).    Kayla and I returned  to this location on our early morning poodlewalk with the Rolleiflex SL66 and the heavy duty Linhof tripod,  and I made a couple of colour photos and one black and white one of the first image,  and a colour one of the second image.

I enjoyed the  photo session this morning.  The weather was mild, the light was soft,  and there was little wind. I had to give up on some   of the other locations I had in mind as I could not get the  tripod to lie flat on the ground: too much seawater laying around and the un-evenness of the ground due to the rocks. These will have to be handheld.

Now to consider the possibilities for large format.