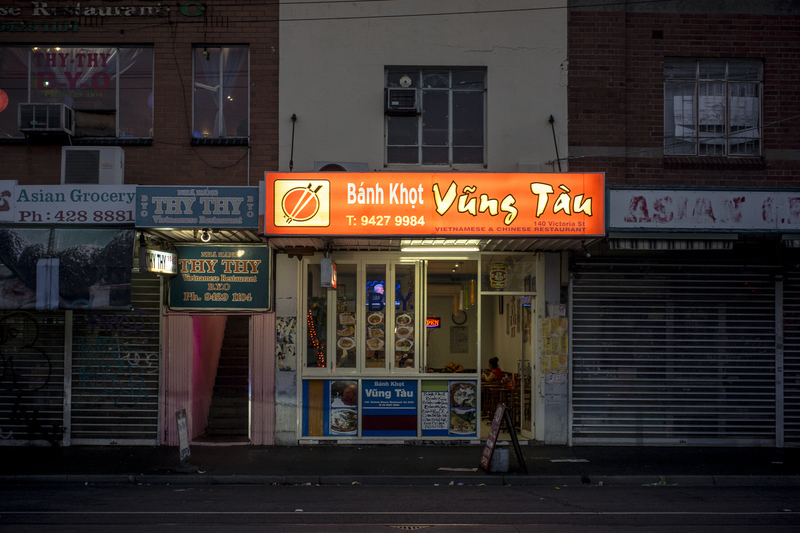 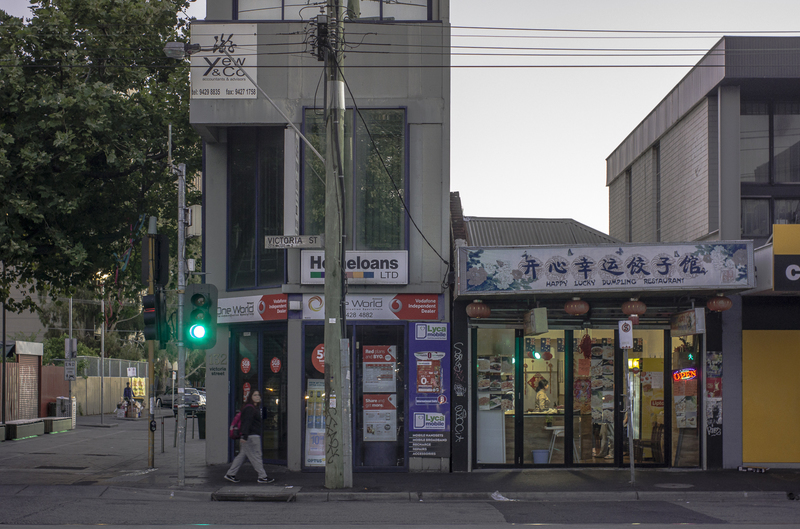 The following day I caught the tram from Collins Street near the Southern Cross Railway Station and I walked slowly eastwards  along  Victoria Street from Hoddle Street to Church Street. The light wasn't good   for photographing during this time of the  day,  as it was very bright and sunny. There was little that I could do,   so I basically  scoped for a future shoot when I was next in Melbourne. 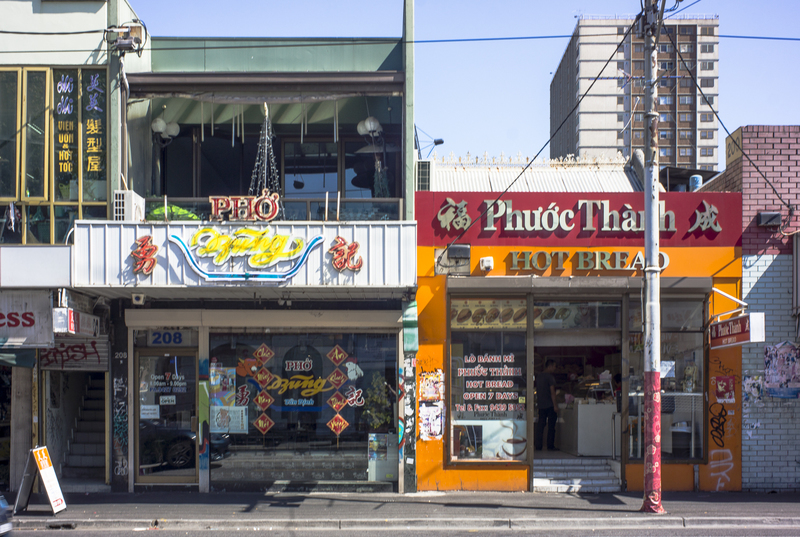 I kinda liked the juxtaposition between the Richmond that I knew--eg., the  old public Housing Commission flats  for low income families from the 1960s -- and the  Vietnamese hub of a  food culture in Richmond. It helped me to re-connect to the fast disappearing Melbourne that I once knew.