I recently walked around the  sculpture park at  Granite Island, which is just  off the coast from the seaside township of  Victor Harbor.  The  sculpture park is entitled Sculpture Encounters Granite Island,   and it is organised by  the Sculpture by the Sea people.   It is still not that popular with the locals  who prefer  representational sculptures of seals, birds, whales etc.  However, Victor Harbor is slowly becoming a bit more culturally sophisticated   as it moves away from the cultural conservatism of the early 20th century.

The walk was on a public holiday in October,  and my walking Granite Island along with the day tourists was  a break from walking  along the back country roads. I was having a bit of time off  from working on the aesthetic essay for the Adelaide Art Photographers  1970-2000 boo, which is to  be published by Adam Dutkiewicz at  Moon Arrow Press  in November 2019.

October 7th was an overcast day with occasional sunshine. Rain was threatening. This is Peter Lundberg's  bronze sculpture entitled Adam and Eve: 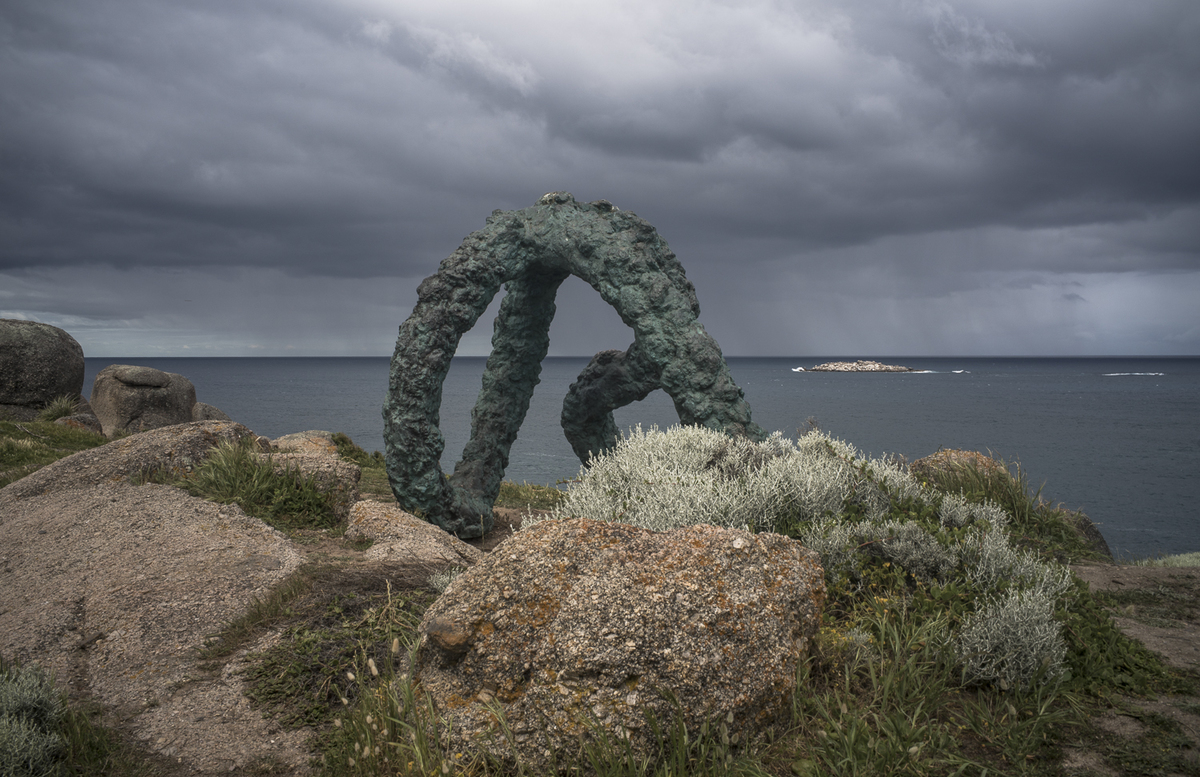 This bronze sculpture  looks good  situated amongst the lichen covered rocks and  low   sparse vegetation  on  Granite Island,  with the sky and sea as its  backdrop.  It fits with the ruggedness of the environment.

This sculpture is entitled In Awe  and it is by Rebecca Rose, a New Zealand sculptor based in Auckland: 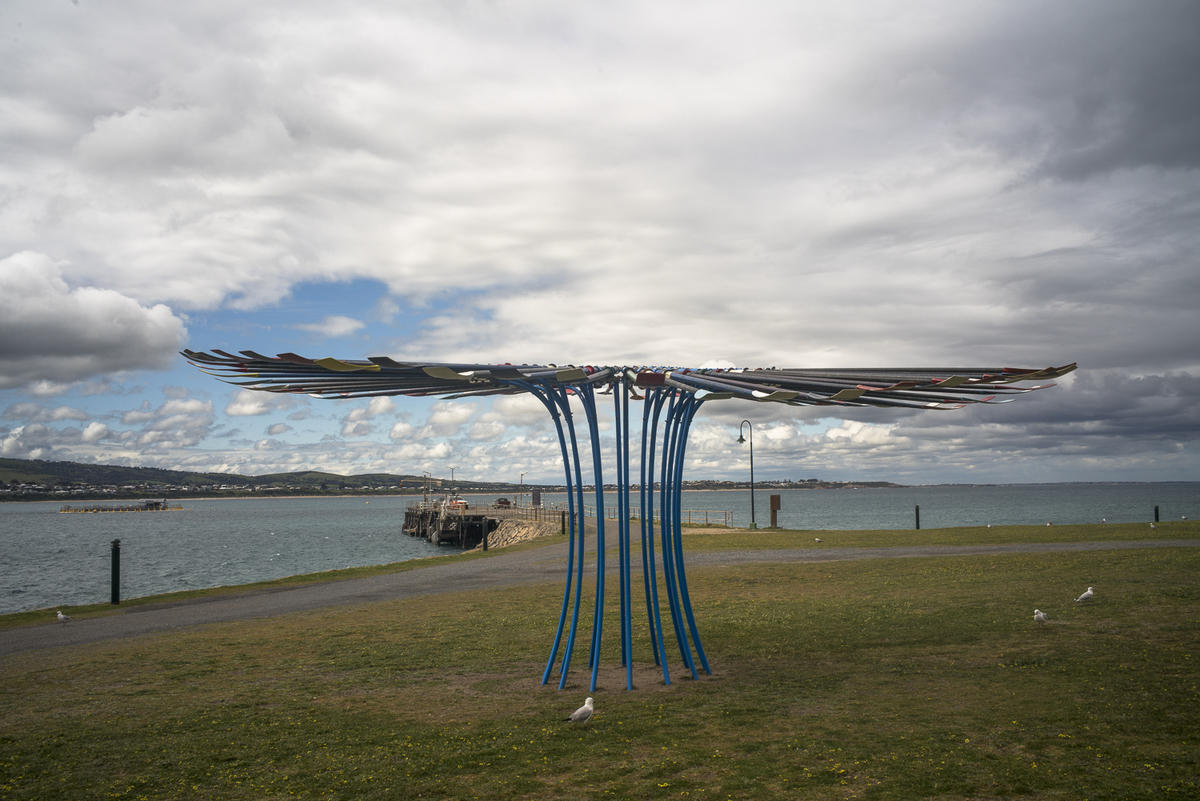 Unfortunately, I was  hurrying  around the sculpture park to complete the walk before the rains came in from the south west.  So I missed a number of new works  situated amongst the scrub on the northern side of the island.  I just managed to make it back to the car before the squalls hit the coast.