I've been continuing to search the web looking for more Wellington-based art photographers,  other than  those I mentioned in an earlier post on this blog and on a post here. I was interested in those art  photographers who had an online presence,  and  in my search I came across Mark Marriott, Hans Weston, Tracey Kearns. These are photographers with a body of work and who exhibit regularly. 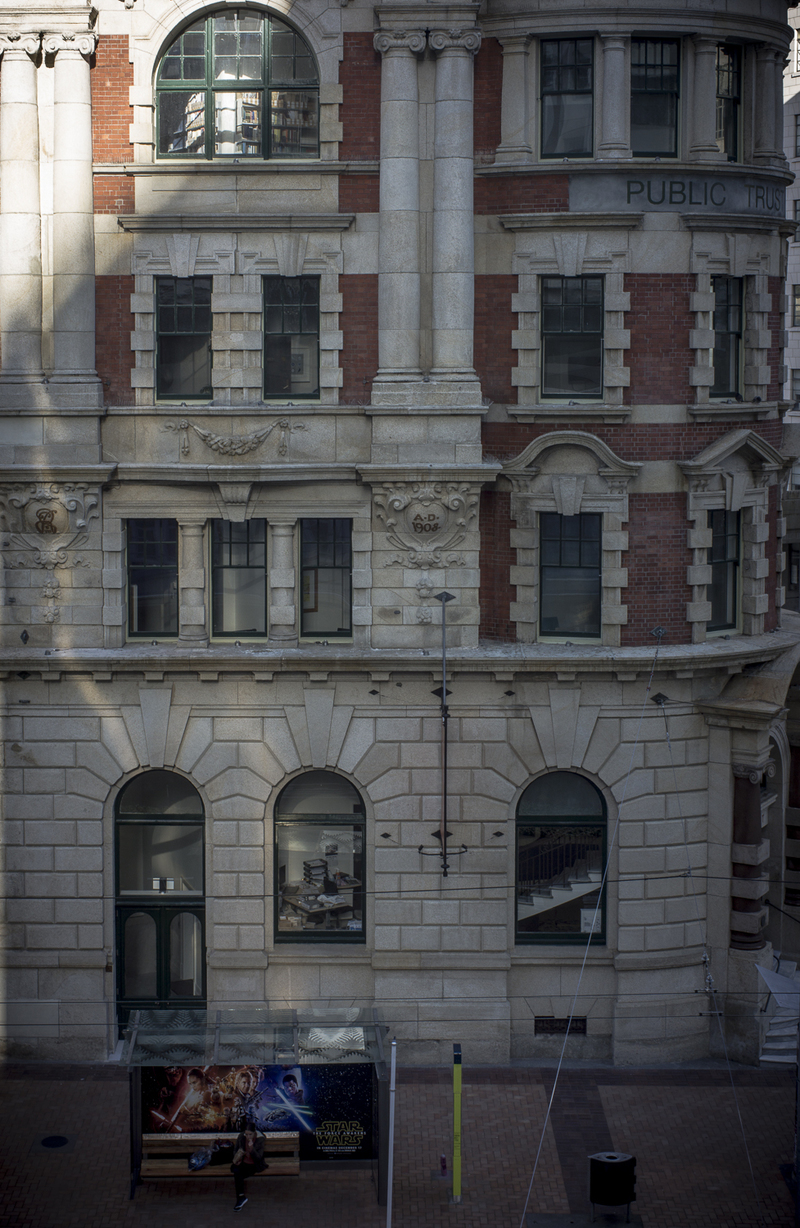 Macpherson says that the body of work in Old New World is part of trying to understand her world and where she fits in it. In that sense photography--- as meaningful, sensuous, particular works of art---is a form of thinking and self-discovery. What this indicates is that though artworks are indeed objects, the truth-content of art is of the world while also offering critical reflections upon it.

I mention Macpherson's work here because when I was looking at the photographs in Old New World I wondered if  there is  similar work being done by contemporary Australian art photographers. I cannot recall any off hand. Certainly no photographer  that I know  of in Adelaide is  working on such a project---exploring the way that the layers of time and history and development that sit within a townscape, and to photograph things within their everyday context.

Yet Australia as  a place to be  has been changing rapidly since the 1980s. So has its identity as a result of these changes. It is quite different from our remembered past because things change: buildings are demolished or  their uses change or  they have facelifts; towns can slowly die.  These with their  street and  artworks are the public containers of our history and identify.