Another behind the camera photo of an early morning still life photoshoot near Petrel Cove: 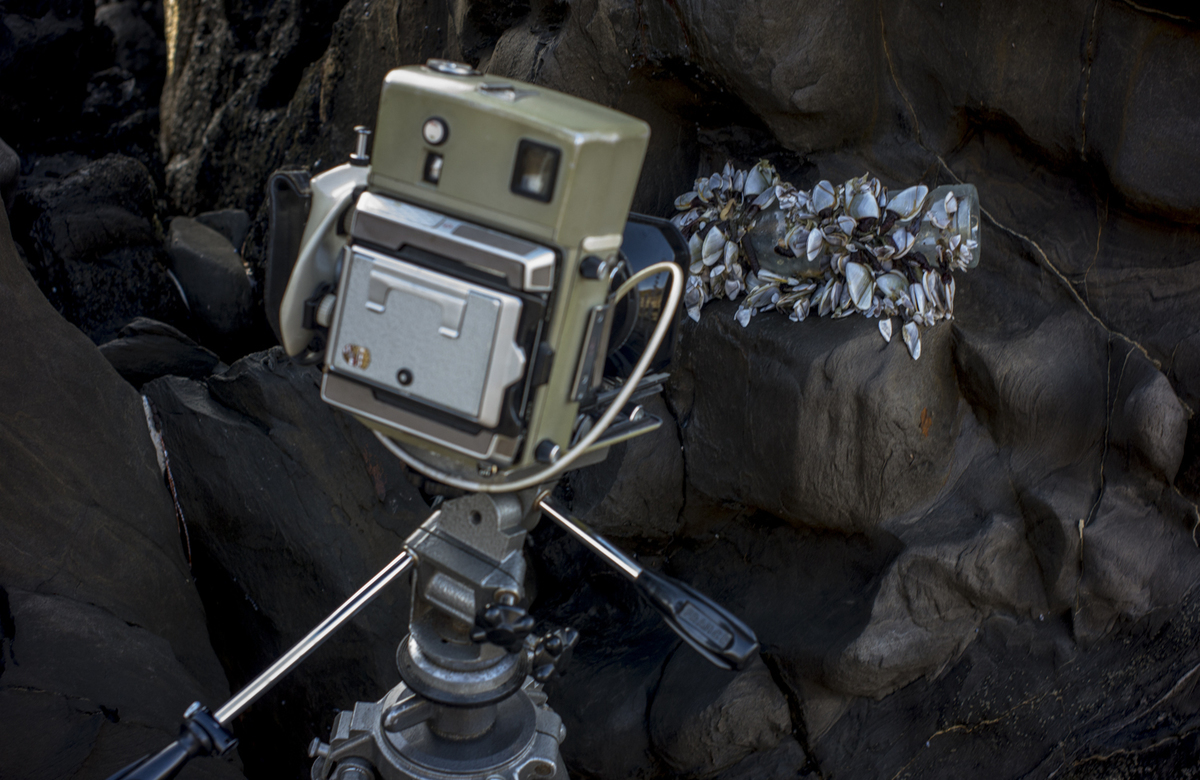 This open studio set up had been previously scoped with my digital camera. I scoped a number of different locations  to see which worked the best. I plan to do a 5x4  photoshoot with the baby Sinar F2 late this afternoon if the conditions remain overcast.

Whilst Suzanne is in Cuba and Mexico  for 4 weeks I have been minding the standard  poodles at Encounter Bay and trying to make a few photos whilst I am on the daily poodle walks. 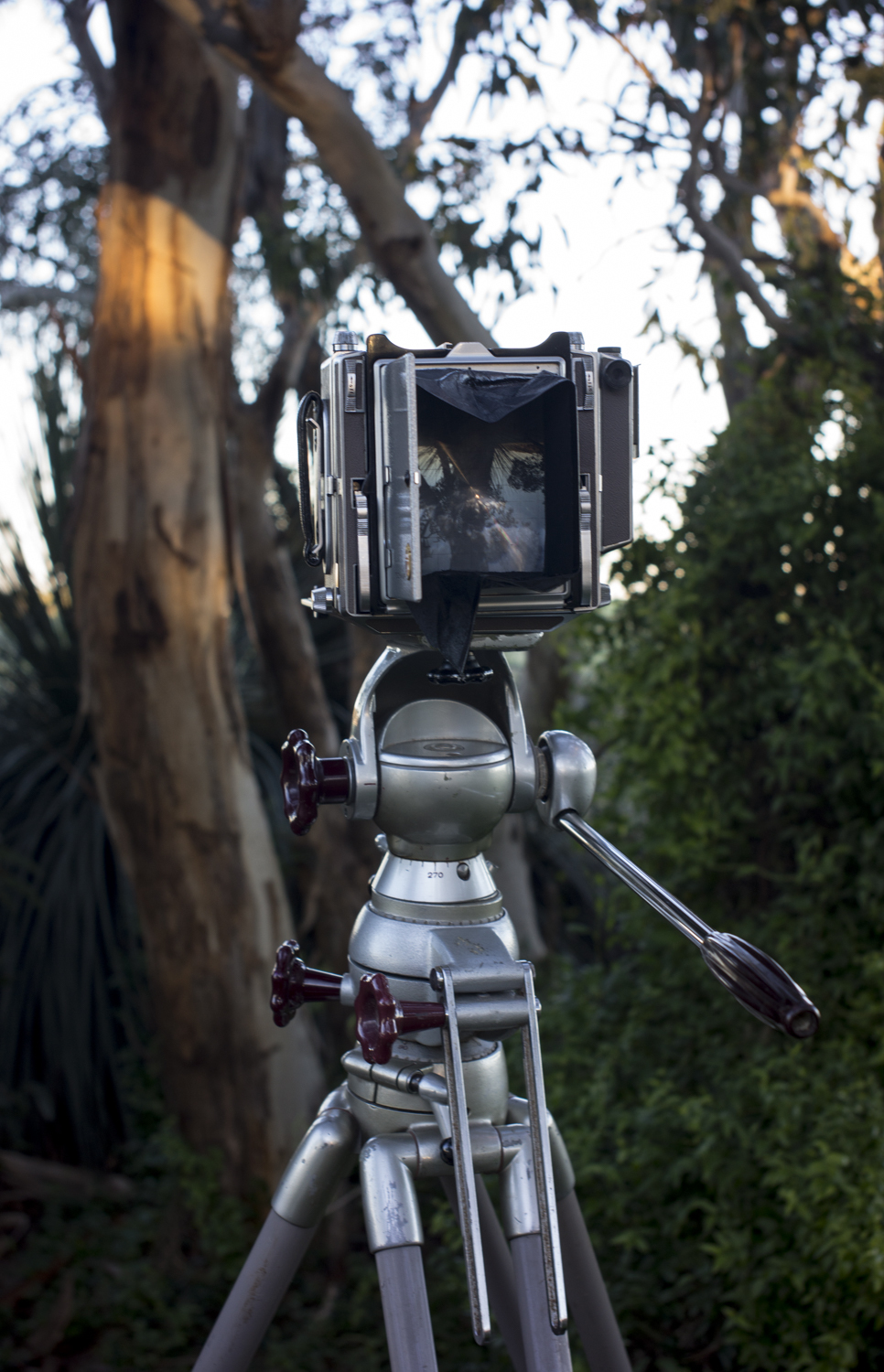 The photos are for the Fleurieuscapes book  that I am slowly working on.  Slowly because I am not  sure where I am going with this body of work about the Fleurieu Peninsula, or what I am trying to do with it. It is about the specifics of the place whilst avoiding the sublime, the picturesque and the beautiful as much as possible. 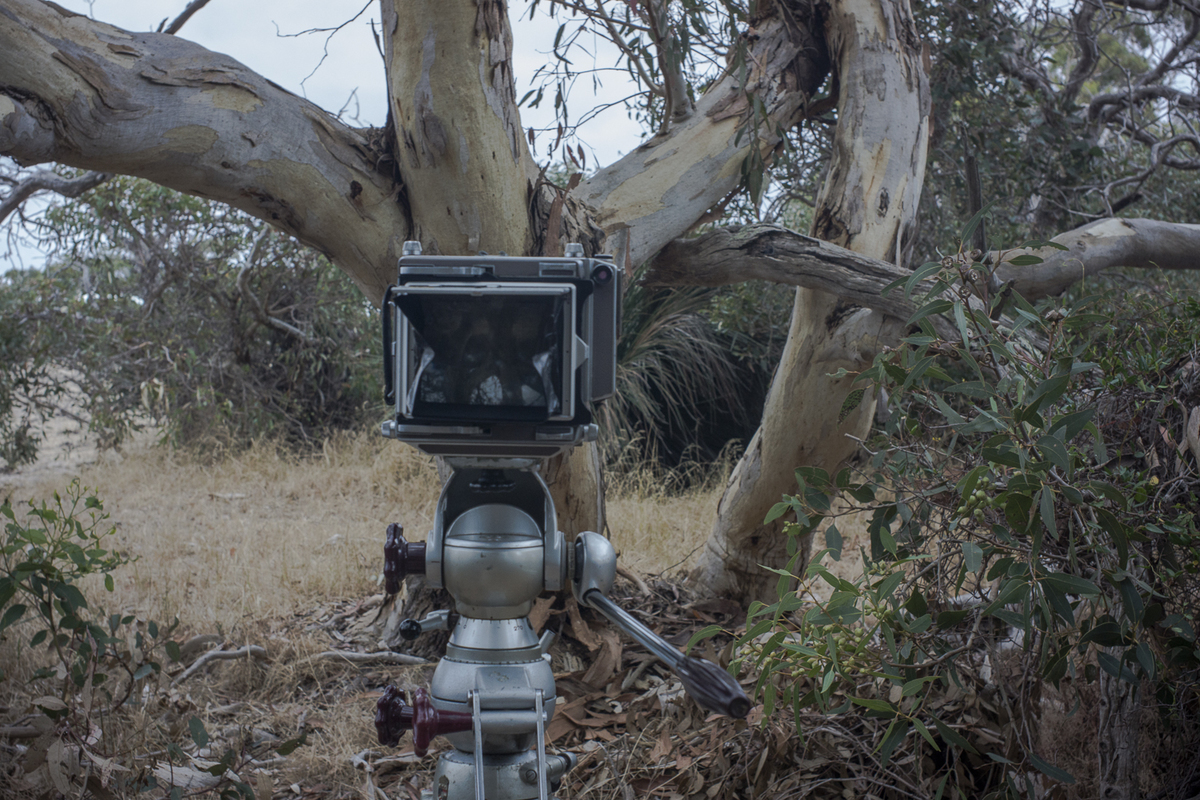