On Thursday the wild, stormy winter weather eased and we had a day of overcast skies, little rain and no wind. So I loaded the large format cameras into the Subaru Outback  and took off for  a day trip the Mallee along the Mallee Highway.

I needed to continue to  photograph the silos with the 8x10 Cambo  for the forthcoming Weltraum  exhibition  in the Shimmer Photographic Biennnale. I photographed  at Peake and Lameroo.  The silo at Geranium was  difficult and I left it for another occasion. I didn't make it to the Victorian Mallee as 220 kilometres one way was  far enough for a  day trip.

Maleko accompanied me on the day  trip.  It was his first time on a photo trip. 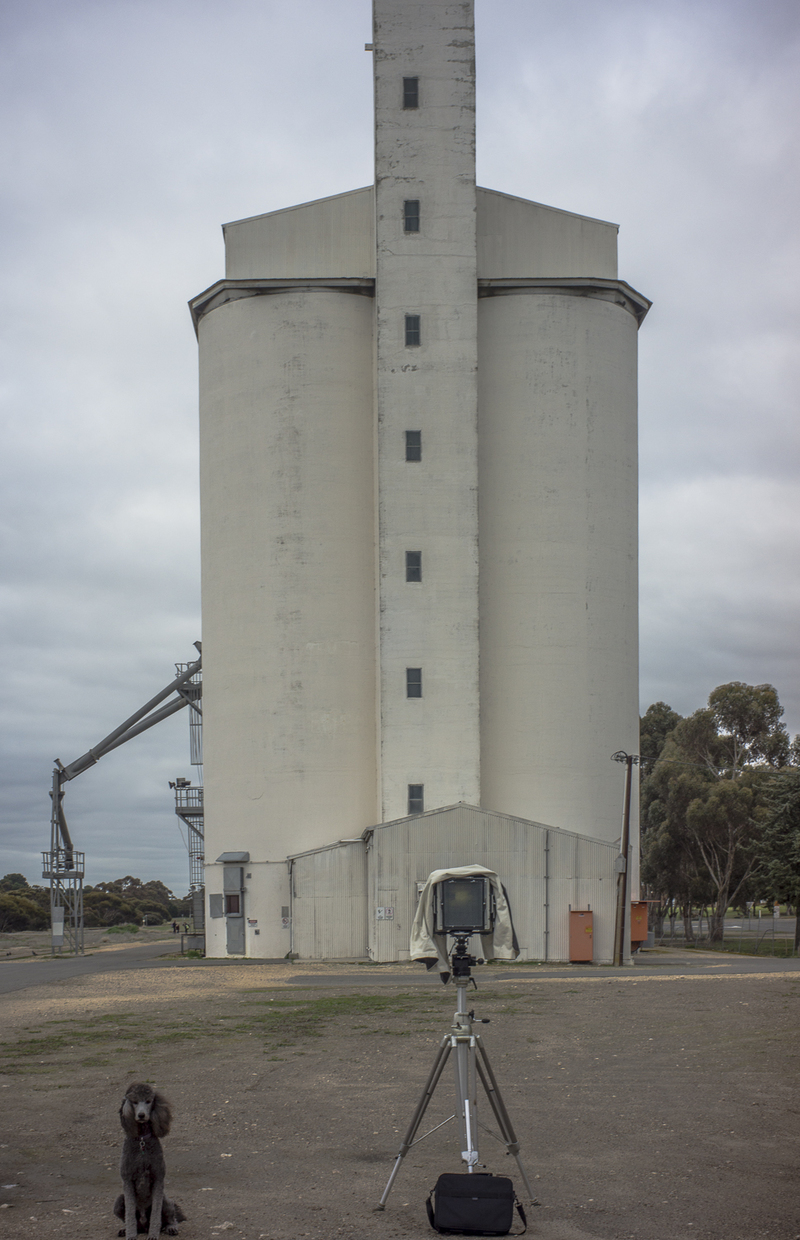 After I finished the  silo photoshoot in  Lameroo   I briefly  photographed around the town.   I struck up a conversation with a wool buyer  who had seen me photographing the silos about the history of the Murray Mallee.  He informed  me that the  last train on the Mallee Highway  railway line had been around October 2015,  and  that the silos along the Mallee Highway now stand empty. The wheat is now picked at the farm gate up by trucks  and then taken by road to either Pinnaroo or Tailem Bend.

That is  is the end of an era that began with the vegetation clearance,  agricultural development,  small farms and  the railway infrastructure in the early 20th century.

I also took opportunity to briefly explore the Murray Mallee for the Mallee project by returning to Victor Harbor from Lameroo via Karoonda and Murray Bridge. I understand that the Loxton railway line that runs through Karoonda ---the line  runs  from Tailem Bend to Loxton---  has also closed -- the last grain train was in June 2015. Vittera, who  had been  the only user of the two Mallee rail lines,  had decided that road transport was more cost efficient  supply chain than the railway. 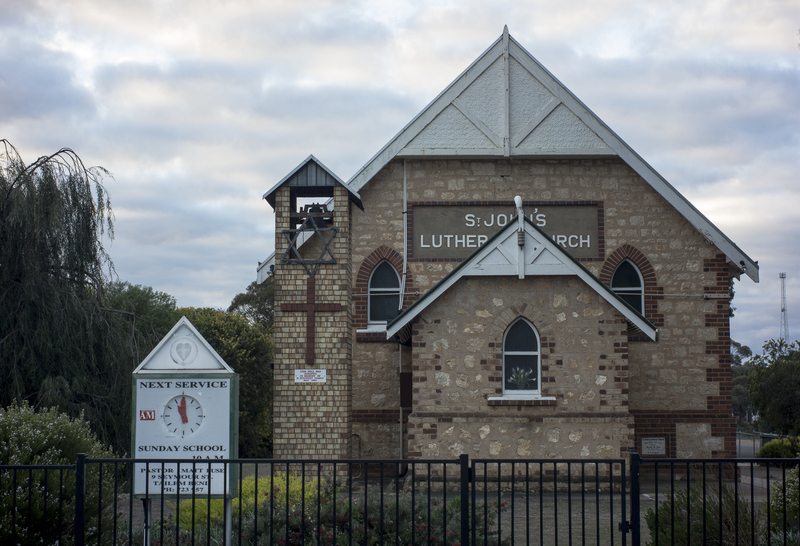 It is unlikely that domestic tourism will revitalise the Murray Mallee or help to diversify the regions's economic base in agriculture (cereal crops and wool) and its reliance  on ground water.  It's the usual story: the cereal farms were increasing in size to remain viable;  a decline  in the population across the region;  the scaling back of government services in mallee towns and the lack of broadband infrastructure.

Whilst reading this review of Leica's minimalist digital rangefinder  (the Leica M-D 262,  a stripped-to-the-bones digital  film camera with a digital back)   I  realised that  I am using my Sony NEX-7 digital camera  like an old film Leica.  It is manual focus, manual ISO, I never look at the LCD screen, only look at the  menu to format the memory card and  to clean the sensor and I only use aperture priority.    I usually expose at 400 ISO or lower, never  use  the  video, and I only expose raw files.

I work the Sony as if it were a rangefinder, without the inconvenience and cost of processing of film. I don't really know what I have from a whole days photography  until I return to Encounter Studio and upload the files into Lightroom.  It's the film approach  to digital photography--precision,  concentration and confidence in seeing and framing.    This slow and purposeful  photography, which  is premised on the discipline of a roll of film,  doesn't require  all the adjustments, options, buttons, dials, to make a photograph.  The camera gets 'out of the way’ as it were, leaving the photographer to concentrate on the image.