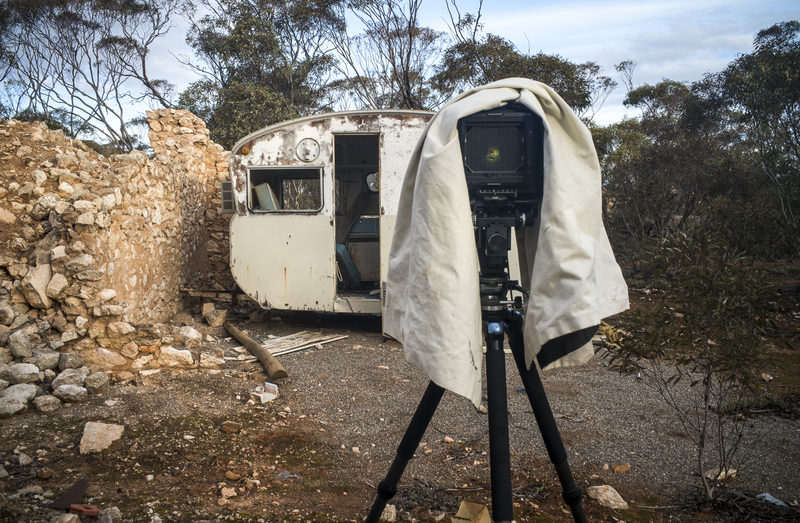 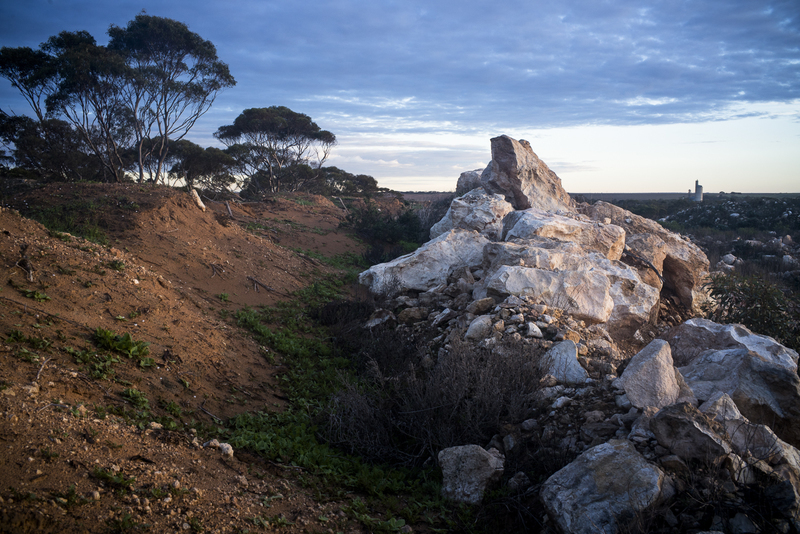 Unfortunately for me,   the cloud cover  disappeared around  10am as I was onroute to the Claypans site.  It was bright and sunny when I arrived at the location with near a cloud in the sky.  Just my luck.  I had no choice but to keep moving.

So  I spent the day exploring  around  the  Galga and Copeville area of  the Murray Mallee whilst  I was waited to see if  the cloud cover would  return. Clouds  started to  form  in the west around 1pm.   I decided that the conditions could be suitable  for me to  use both the Cambo 8x10 (it's a really heavy 1950s SuperCambo) and Sinar f1  to  photograph the church at Claypans in the late afternoon in black and white. It was overcast whilst  I was setting  the cameras up to photograph the church at 3.30am. 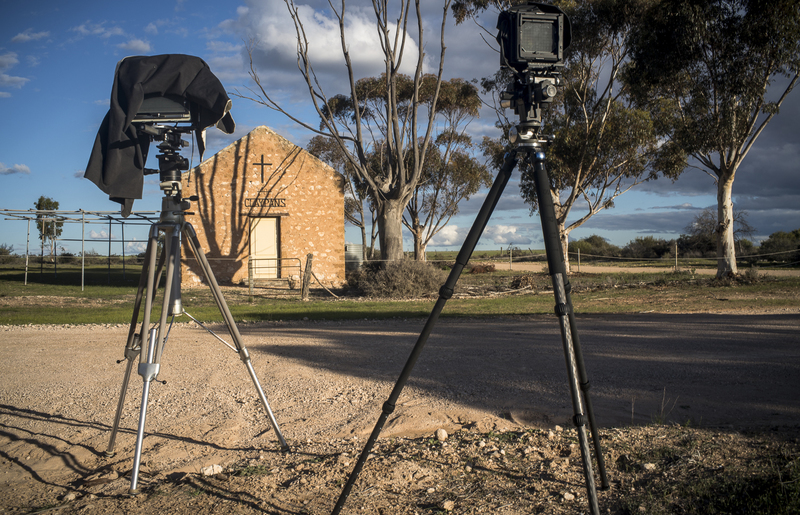 I reckoned that I was rather lucky. I had just managed  to complete the photo session without having to spend another night freezing  in the Murray Mallee during  winter in a swag without a sleeping bag. That was not unattractive option.